Police should embracing the stars that predicts crimes, not technology- Predictive analytic software PredPol anticipates future crime based upon past activity. Police know nothing about Moon Power and the stars that something need update their knowledge with science and light via stars. The upcoming Scorpius Dragon will bring update new forecasts based on times and locations of previous crimes, combined with sociological information about criminal behavior and patterns but that physical predict is not spiritual above the stars*. 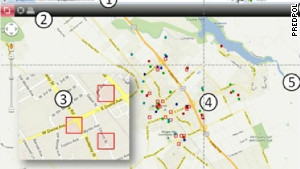 (CNN) — For something that predicts the future, the software is deceptively simple looking. A map of a city is marked up with small red squares, each indicating a 500-by-500-foot zone where crimes are likely to take place next. A heat-map mode shows even more precisely where cars may be stolen, houses robbed, people mugged.

Believe me, they never use astrology at all. Police comes from traditionally educated and they need to find the spiritual answers to make sense but they still unconscious spirit in head and soul. Astrology is manifestation of God’s message that chance for us to read the signs or moon effect than spend the money on the stupid techology. Predict? more like spying. Something tells me that this is not a predictive tools, but a technology to SPY. Remember, we are in pluto-Capricorn era.