How to take over a brain? This so-called breakthrough new technology, “optogenetics” came up. Astrologically speaking, that latest scientific can not be used to gain insights for cures on ‘diseases/mental illnesses’. It’s all in the stars of signs to identify manifestly the interactive cosmics by responding. Those cosmic energies can trigger to turn on and off in the  human minds of responding from those stars, not the neurons alone itself. The need to see beyond the human mind is to find where those magnetic stars are set, created by Divine that designed us for who we are, even with ‘diseases, disorders’ that are already part of our “blueprinted plans” since birth. Those mundane revolutionary scientists are not aware of how magnetically the stars have the effect on our brains. The universe is a “brain” rather than a physical matter of a human brain. What on Earth the unconsciously human civilization is going on?

Clearly, those programmed ‘diseases/mental illnesses’ Neptunian will easily fall for archaic religious material including their subconscious fear of God or scientific teaching where it automatically block your cosmic conscious mind. that’s how your unconscious mind rules your behavior. 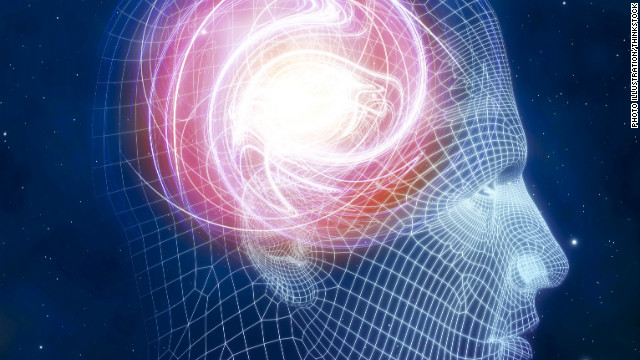 Leonard Mlodinow is the author, most recently of, “Subliminal: How Your Unconscious Mind Rules Your Behavior. (CNN) — The hottest field in science this past decade has been neuroscience. That explosion in research, and our understanding of the human brain, was largely fueled by a new technology called functional magnetic resonance imaging (fMRI) that became widely available in the 1990s. Well look out! Another technology-based neuroscience revolution is in the making, this one perhaps even bigger. The term to watch for in 2013 is “optogenetics.” It’s not a sexy term, but it is a very sexy technology.

BL Rebuttal: This is crappiest field of science I’ve ever seen. I am a bit concerned about science giving them the tools to go further in many types in scientific research. This revolutionary scientific is horrific thing to those helpless animals in experimental labs. We,human, cannot be so selfish to find cures, we have to accept with what we are born with, however, astrology findings would help to come up for better solutions (in humane way). If astrology knowledge is introduced academically, there will be much less animal experiment labs, less chaos in the societies and beyond. For instance, knowing that James Holmes enrolled as a Ph.D. student in neuroscience at the University of Colorado, who brutally murdered 12 people at a Colorado movie theater that is a manifest himself being victimized by his karmatic natal chart. He had no clue how his fateful astrological caught himself at worst where it could be avoided .

Now those modern scientists exploring and discovering a new technological breakthrough without realizing how the powerful planets do take over or block your conscious mind, NOT technology-based neuroscience revolution that would transform, since it is such ridiculously maddened science for worse. that article is based on physical perspective without spiritual astrology perspective explained.

Start a religion? We are easily manipulated, and we are mentally and emotionally connected to our religious dogma. They are nothing but bunch of zombies, who killed by these zombies and criminals imported from other areas where the organized religions started, even other zombie breeders, where it continues deadly threat of a spineless phases with what we are born within us, based on overloaded neptunian natal charts.