If the media wants to help stop the bullying, then the media should start teaching to the parents of that child what it means to be human being within own personal astrological make-up to where it can be prevented from bullying.

This generation desperately needs a spiritual regeneration based on an understanding of Pluto’s destructive areas to allow exploring the personal spiritual plane of a child. A parent will finally be understood to clarify the weakness area to your child and the victim. If a child happens to be bullied with the cosmic astrological resources readily in the school system, then they would be cautious and teach the awareness such as “this is what will happen to you If you are caught bullying to other students with the cosmic consequence under Moon phases”.
If you start calling out people for their astrological behaviors to be aware of their own, then things will change in the society for the better. I think that should happen every time when a student is written up at school for its plutonic behavior to pinpoint with disciplinary. 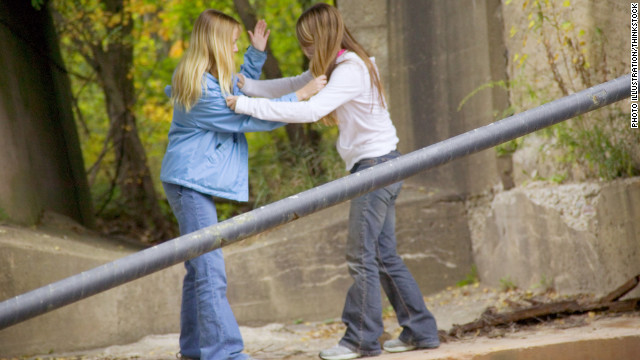 (CNN) — Eva was a bully. Tall for her age, she used her height to intimidate her peers. She made fun of those without designer clothes and got suspended several times for fighting.

Astrological Tips for the parents

1. Let the new crowd of advanced spiritual children to take over the previous generation.

2. Teach your child what it means to be human being with own personal astrological make-up.

4. Use teachable moments on science and arts to show the power of stars.

5. Introduce to the true meaning of the stars and divine essence of the celestial.

6. Do your best to bring respect with Moon phases and planets transit for growth and restructure in life.

You know the old saying of “just ignore them and they will leave you alone” is full of it. It is the worst advice to give to children. Some of the bullies don’t understand what makes them to be bully with a wrong use of outlets onto the other victims without providing the needs based on their astrological chart of weakness and strength to avoid the abuse.

Seriously, those new generations really need real spiritual food to find their celestial identities to understand themselves better, they are so different than their parents, as much as yours today. Once our generation with astrological education takes over, things will change and deal with the spiritual conception of all human nature for a deep of valuable wisdom for humanity which it’s supposedly given a better answer to all the questions related to science, psychology and many other disciplines. It’s time for walk in peace with your new knowledge of the stars for the children of tomorrow. Teaching them what it means to be human being, those issues within a child is to detect in the stars would make a good use as a scanning tool for behavioral troubles.

Astrological awareness is curiously refreshing and renewing spiritually in a new cosmic language than the run down old-school system(in-the-box thinking). All Evangelicals are wasteful and religious dogmas that have nothing to offer,yet feel forced to stay saint, struggling within their astrological nature, or the discussions about the guns/bullying issues since they run out of explanations.

It’s time to smell “Age of Aquarius” rose to get awakening about the stars that has since ruled the human mind and emotion in daily life. Universe made you with an astrological purpose, with a cosmic destiny to fulfill your natal chart via soul. Do your best to bring respect with Moon phases and planets transit for growth and restructure in life. If you don’t, you miss great opportunities to stay on path astrologically.

Dragon Scorpius is stingy speaking out and demanding the removal of the priests, bishops, and other hidden workers for them. The Church is trying to hush it up, but it is becoming more and more public. You can not have never ever covered up any thing. With the help of Dragon Scorpius doing its job busting around in this time frame. This Scorpius is currently in transit to expose/target on hidden, dark secrets that everything must get out. This is the Scorpio we’re talking about since August 2012. scorpio sign rules sex/cops/Fbi/secret/financial/scandal and such like that.

Since the signs and symbols that rule the world(Scandal in the Vatican). Not the word nor the law. This is good example of UNCONSCIOUS priests, bishops and Pope Benedict XVI where it is spoken through the stars to expose the news. 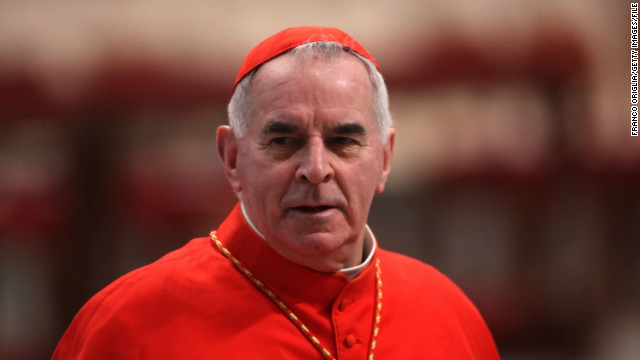 Rome, Italy (CNN) — Scotland’s Roman Catholic archbishop, Cardinal Keith O’Brien, has resigned amid allegations that he abused four men studying to be priests in the 1980s.

In history, The synagogue church of Plutonic is the biggest child sacrifice and molestation place. It is not new,latest crime, it has been going on ever since catholic churches were founded through the Roman Empire cultural custom ways to pass on, hundreds of years. Historically, the roman empire invaded the foreign lands, were far large by numbers in the ancient years, the churches became out of control with more power and control over the illiterate public, many children were vanished and kidnapped. It goes on and on. so until to this day, many victims decided to get even through the deception against the Catholic Church. At last, with this Scorpius energy is stinging to corrupt that powerful system with these hidden abusive dark secrets. 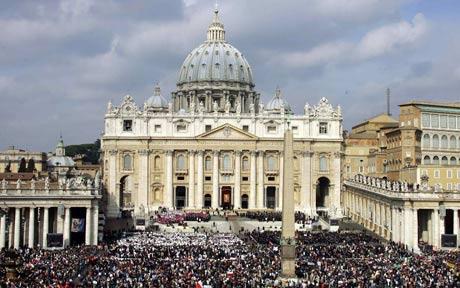 The treaty, which became effective on 7 June 1929, established the independent state of Vatican City and reaffirmed the special status of Catholicism in Italy.

Sun in Gemini, Moon(emotion) in Gemini and Mercury(mind) in Gemini found in the stars in the fate of the independent state of Vatican City and catholic church that has always been automated by communication, newsletters, writing, transportation, news media, agents, stories and traveling to deliver the gospels all over the world to keep the power ongoing, but on the negative side, gay-bashing closet cases, sociopaths, pedophiles, thieves, con-artists, and a variety of other hypocrites and criminals.

Jupiter in Taurus, Venus in Taurus and Dragon Head(lucky/growth) in Taurus (wealthy) with an international criminal organization whose mission is to rob the gullible public to take over the Europe Romania Vatican real estate, homes and condos for sale or rent where Vatican Properties rules everything with religion, publishing and higher education that goes through the Vatican Bank into Switzerland.

Mars in Leo, Neptune in Leo is reflected to the Pope as the leader of Vatican City, an independent (though very small) nation as a sunshine and famous where some unconscious lunatics worship and go after the Pope, treat him as “God” as an inspiring man to bless the whole mass of the people to have not one, but many of the finest pastors. Note this, Leo rules powerful sun with strong egotistical and authoritative nature of religious(Neptune)

Dragon Tail in Scorpio in 6th house of health and service where corruption and pedophilia are the real reasons why this pope is stepping down. his other reasons are all lies, but not only that, also produced the Vatican Mafia in action, Vatican bank, a secretive financial institution that will lost money that goes to victims of childhood sexual abuse.

Did the justice system fail on Oscar Pistorius trial? Yes, because they are based on the words, the law and the statistics where it need a lot of physical evidence. Why would someone shoot through the locked door of a bathroom, with no idea who was in there to begin with instead of just leaving through the window? That story can easily deceive others and be easily deceived to himself, to manage and avoid from sending to jail.
But…How about using the spiritual astrological perspective? Where is spiritual evidence to use such as the signs and symbols to identify and detect, just like Casey Anthony and OJ Simpson murder cases, their astrological charts with flaws were found.

Yes, It’s all in the stars to use as signs because it rules, triggers, affects everything in the universe that revolves within us. Those cosmic stars are pretty obvious beyond the authoritative scripture such as an unconscious religious/ political /traditional education systems. Without the use of the astrology knowledge tool that always fail in their justice system over and over and over due to such ‘in-the-box’thinking system that always lead you to more question with less answer.

Note, knowing that the power of stars and planets in the universe that has been influenced with the people, places,as well as such deadly cosmic circumstances that resides within the cosmic vibration. there is no such accident that happened in his home with his girlfriend.
Realized that Ocsar Pistorius’s action is a part of disturbed cosmic vibration that manifests to be reflected with his Plutonic side that outlet toward to his girlfriend. Yes, He murdered her. No question. I will explain to you the reason why it happened on their deadly valentine’s day. 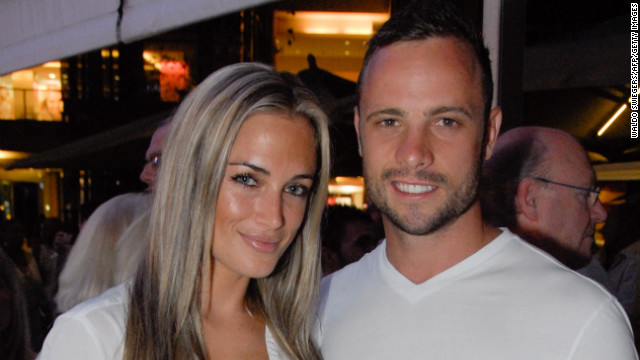 Oscar Pistorius born on November 22, 1986- born with Sun (light), Venus (love) and Dragon’s Tail(negative) in Scorpio. Ruled and controlled by Pluto(destruction) this soul within carries a strong legacy of destruction, jealousy and suspicious. Dragon Scorpious is currently transiting in the universe that enters into his chart. He is not aware of the result of his actions, being too jealous and suspicious about his model girlfriend, Reeva. Worse, the mainstreamed media, including CNN is a complete joke and not have the ability to report the crime with the lack of fully cosmic explanation, but fails to do so continued dumbing down.

Pistorius’s emotional response to life(Moon) in Cancer, is a water sign with a such overwhelming and extraordinary emotional feeling where its located is right on her 9th house of the act of preaching on him. He needs to have a emotion connection like security, home and family that totally controlled by the Moon. He is not aware of that heavy impact of his ruler (Moon) on his sensitive psyche.

Reeva Steenkamp’s emotion response to life(Moon) in Capricorn is an earth sign such as manipulation that influence her behavior that aims to change his perception or deceptive on him. Plus her Sun in Leo: Born on August 19 1983, under Sun’s command, the soul is fated to experience fame, power and opportunity to get recognized thorough her modeling career that will help her to become a runway model, to be in commercials, and more, that kind of sun energies where Pisteorius must learn to let it go and release his jealousy and suspicious. so he can learn to trust and accept her for who she is. He’s just unconscious young kid, and realized that They are both different “Universe” individuals with a purpose living on this earth. but sad enough, He’s simply unleash his destructive motives against her own girlfriend, Reeva. that is something the mainstream media needs to know about astrological and metaphysical manifestations what had happened on that horrific Valentine’s day.