Sad enough, unconscious scientists in the past were ignorance like this from its science and public readers. There is absolutely no mystery about Hindenburg disaster. This is good example of UNCONSCIOUS scientists where it is spoken through the stars to expose the news last thursday, May 6, 1937. 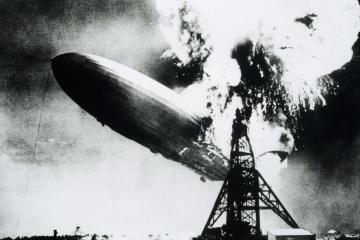 It’s hard to believe there’s much mystery still surrounding the Hindenburg disaster. After all, the largest airship in history was not only filled with hydrogen — a notoriously combustible gas — but the horrific incident was one of the first disasters to be captured in real time — on film, in photos and live on the radio (not to mention immortalized in Led Zeppelin album cover art). But 67 years on, scientists still haven’t been able to definitively say what actually caused the spectacular 1937 explosion as the German airship attempted to dock in Lakehurst, N.J.

Hindenburg Disaster was affected under the Mercury Retrograde because it rules misdirected and/or delayed, along with Dragon tail (negative) in Gemini that was affected in traveling, transportation, communication, technology; all these areas ruled by Mercury if something seem went wrong, it manifests something wrong during the Mercury Retrograde and Mercurial Dragon. The problem is that they don’t know how to read the signs in the stars language.  If you got the planning without God’s Celestial plan with awareness is a big mistake of ignorance that will cost you emotion, mental, money and life. It may look impossible, but the stars can do anything possible. Just because you aren’t trained to translate or read the stars properly, doesn’t mean nothing has happened until you understand completely how the stars operate of its magnetic energies. That’s why it took 67 years to figure what’s going on with this disaster.

This is serious negative mercury energy that will mess up the communication system, also will happen with driving, delaying, strike, natural disaster, weather including hurricanes and tornadoes. It would cancel thousands of flights, also the electricity would be cut off, so would the communication system such as computer, telephones and transportation.
Feb 17, 2013- March 24, 2013.

But not only that, universal mercurial would allow you to rewind your life and check off the obligations that had been delayed or haven’t get them done. Mercury rewind your life and go back to clear out your mistakes. Universe allow to give a chance to go back for many cosmic reasons to catch up with what you have left behind.

Of course mercury retograde pull attention on how cruise industry operates and review of the past the Costa Concordia Disaster. 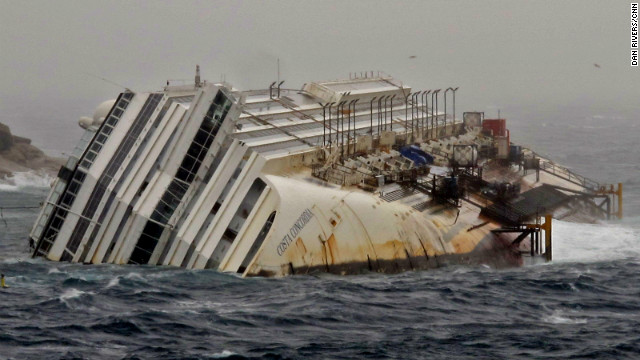 With the Waning Moon, don’t be depressed, keep up with your new beginning with co-workers and boss. You will feel uplifted for the next week, so be patience. Capricorn will promote your new job, career wise. Aquarius loves to change and will bring you a new technology to use for work purpose. Don’t stress yourself. You need make a plan for a new business trip. Make a lot of contact with your Capricorn friends for a career desire that will lead a surprise in your partnership. You have to play with your strategy and make a wish come true. Take easy with your relationship. You will get surprised soon or later. Family matters may face some changes. be confident in the new situation as it may affect your security and finance. Not exactly a good time to socialize, looking for a favor with a Waning Moon will not get you nowhere, but Aquarius can drag down with friends. Aquarius rules friends and wish. It’s great time to go fishing or riding a boat. Be careful with children. Watch out. If you looking a good place to dine with your date, just wait till new week, but don’t rush where the romance is irresistible. Take easy and exchange the question and share with your background. Take easy when you drive on the road under a bad storm such as lightning. Expect some driver with unexpected behavior or a road rage. Aquarius rules earthquake, explosion, volcanic and sudden energy. worse/bad storm may be breaking news. Watch CNN Weather. Expect famous people to behave erratic in the public or unexpected break up in relationship, or a surprise pregnancy announcement.

Who cares about Vulcan? Indeed it’s waste time to explore, understand and explain the Vulcan of life in the universe. The lack of life. Even worse, lack of spiritual astrological perspective. Lack of spiritual evidence to use the signs and symbols to identify.
Pluto is the King of the underworld. Scorpio is a part of the celestial family with its specific duty. Pluto rules big business, wealth and police work including such as sex abuse and rape.

Since the signs and symbols that rule the world(children of the stars). Not the word nor the law. This is good example of UNCONSCIOUS “Trek” stars William Shatner and Leonard Nimoy where it is spoken under the Scorpio in Moon to expose the news on that day. This is one of examples I’m capable as a true astrologer to capture every motion that applies to the stars and its energies, it is my purpose in raising the human consciousness through celestial that rules everything under the stars. 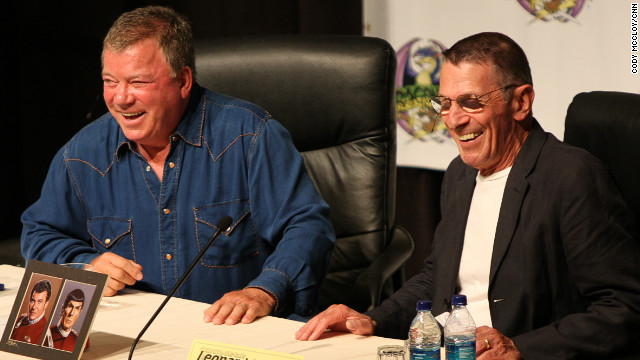 When two new moons were found near the dwarf planet Pluto, the SETI Institute asked the Internet to put it to a vote: What should they be named? One of those names was Vulcan, best known in pop culture as the planet and alien species of Spock on “Star Trek.”

Why should they be named? They should recognize the planet Pluto, as an astrological planet/symbol that has such a huge impact on unconscious children of the underworld. 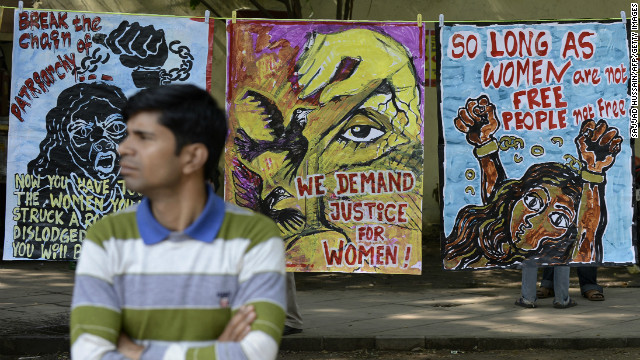 New Delhi, India (CNN) — Police in the Indian city of New Delhi were probing an alleged rape of a 7-year-old girl, a case that sparked angry protests Friday.

Best to check in my work related to Mood Guide about how it impacts people’s psyche.
Here are precautions. Not a time to deal with money matters. Just be cautious. Expect the serious hidden motive that will bring the light upon the abusers with a serious heavy fine of karma. Better stay with the law to respect, not to sting. Keep in mind that Jupiter rules wisdom and teaching. Listen to your boss. Be careful with your tone and tension that may go for worst . Dark alleys are to be avoided. You must listen to your partnership. Do learn the lesson, or the ugly secret life of this person will get a wakeup call. Death, secret, power and manipulation sex are Pluto’s favorite. Follow your intuition and stay with the ones you trust. Be aware of everything and everybody around you. You may feel some intense in the air. Watch out for the children, or Pluto takes their life seriously. Be patience with family and friends; avoid the gossip habit. Just be cool and be yourself. With Jupiter around, you will know when foreigner’s high expectations toward to the subject of love. Scorpio rules sexual and magnetic may possibly lead to drama but do avoid sexually transmitted diseases. Stay away from crowded places where it is loaded with intense. Use Venus’s diplomacy in your conversations and listen careful. you may receive shock news of secrets. Not a good time to take a long trip or even to travel to faraway places. Be ready for some serious mess with the worst of the society to shock through the social media. Many wake up calls through financial or sexual secrets that will reach to the news and social media. Some will be sent to jail for sex scandals and murder.