The meeting between Franjo Tuđman and Slobodan Milošević took place on the afternoon of 25 March 1991 in Karađorđevo near Bačka Palanka in the Serbian province of Vojvodina. Some news called the meeting “secret”. It was “secret” in the sense that there was no public announcement of the meeting in advance. After the meetings, the expert groups from Croatia and Serbia discussed solving the Yugoslav crisis. Testimonies of the meetings by group members do not fully agree; but they all agree that there were no results. President Franjo Tuđman wanted Croatia to disengage from Yugoslavia.

Now the question is why both Franjo Tuđman and Slobodan Milošević do not fully agreed? I will expose both individual’s stars and fate and explaining in the stars by using the art and science of Astropsychology / Astroforensics does not lie.

“Courteous Reader, Astrology is one of the most ancient Sciences, held in high esteem of old, by the Wise and the Great. Formerly, no Prince would make War or Peace, nor any General fight in Battle, in short, no important affair was undertaken without first consulting an Astrologer.” ~ Benjamin Franklin

Born in May, Franjo Tuđman’s 3rd house of communication in Cancer. Cancer is the sign that rules everything to do with general security, home, family, food, real estate. He born in Pluto (power) in Cancer generation have powerful emotions, a strong need for security and home life in his 3rd house of mind/critical thinking. He want Croatia as home country only. And also He born with Aries Dragon’s TAIL. Aries rather to be independent. President Tudman wanted Croatia to disengage from Yugoslavia and become a sovereign country.

Now investigate souls born in May. Venus rules the sign of Taurus, facing to the world as Scorpio. Scorpio rules power, secret, and passion. but Before Bosnian War started, Transiting (1984-1995) Pluto (passion/power) in Scorpio (secret) impact upon Tuđman’s 7th house of partnership / open enemies / facing the world like opponents is Milošević, Serbian and Yugoslav politician, others. Tuđman hits ‘secret / passion environment’ This is “rivals/riots” has started!

Born in August, Slobodan Milošević’s 3rd house of communication in Libra. Libra rules balance and harmony, it is natural for him to act diplomatically in dealing with others. Libra is also representing the scale of justice. He want to be connect with one country as Yugoslavia because he turned his attention to Croatia, a Catholic country where Orthodox Serbs made up 12 percent of the population. And also He born with Pisces Dragon’s TAIL. Pisces rules religion. He was Orthodox Christian faith.

He born in Sun (self) conjunct Pluto (power/death) in Leo (leadership), Milošević wanting to have power over others and being involved with the government – for better or worse.

Indeed, The year of 1991 Pluto (power) in Scorpio (deadly) impacted upon 4th house of home area (Yugoslavia). He needs total secret/privacy at home where he can re-birth into the “Eagle (positive) or Lizard (negative)” of the zodiac. The sign of Scorpio rules ultimate power, the Mafia, and the police force.

That’s why Yugoslav President Slobodan Milosevic had a ***secret*** meeting with Croatian President Franjo Tudjman about Yugoslavia. Thus, He driven by pride, power, and control, could solicit the lowest and deadly elements of society to destroy in Croatia and Kosovo.

Indeed Pluto in Scorpio transit (1984-1995) is a deadly regenerative stimulation that become subconscious destructive and criminal drive as result of Yugoslavia broke up along its republics’ borders, at first into five countries, leading to the Yugoslav Wars.

But In fact, on a face to face is act of giving control to another person, it will be TOTAL disaster and total disagreement will ensue.

The breakup of Yugoslavia occurred as a result of a series of political upheavals and conflicts during the early 1990s during Universal Aquarius/Leo Dragon axis transit and it’s rules revolution / brotherhood and independent.  Then Next shifting of Universal Capricorn/Cancer axis transit that impact upon the restructure of government, home, nationalism, the land, and agriculture.

Radovan Karadzic, born June 19, 1945,  born with Capricorn Dragon TAIL. He had no lucky to run government and abuse his power. Karadzic and the Bosnian Serb military commander, General Ratko Mladic, were among those indicted by the ICTY for genocide and other crimes against humanity.

I see this exactly similar fate and find an interesting about Pluto in Capricorn related to this Mexico mayor assassinated a day after taking office in Temixco. Gisela Mota Ocampo (13 March 1982 – 2 January 2016) She is Pisces, that seem Neptunian Dragon is not favor her first political movement and also born with Dragon Tail (negative) in Capricorn (political) conjunct to currently deadly planet took her life! She should promote family, security, own restaurants, real estate instead this tragedy. 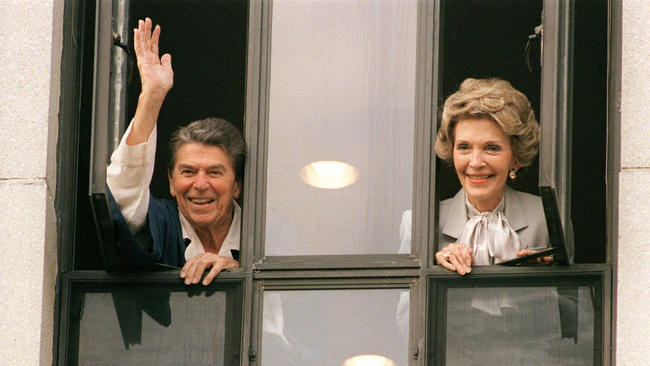