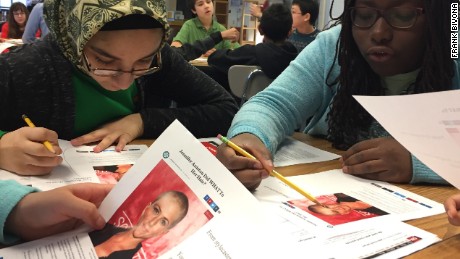 In this age of “fake news,” that’s a real concern. So, schools are teaching them how to use critical thinking, fight back against friction and bring back the cosmic truth to humanity and

the Age of Aquarius (UFO / humanitarian / the truth / the Cosmic Code) against the dying Age of Piscean (deception / misinformation) as a constant process of change; the future has better to offer. 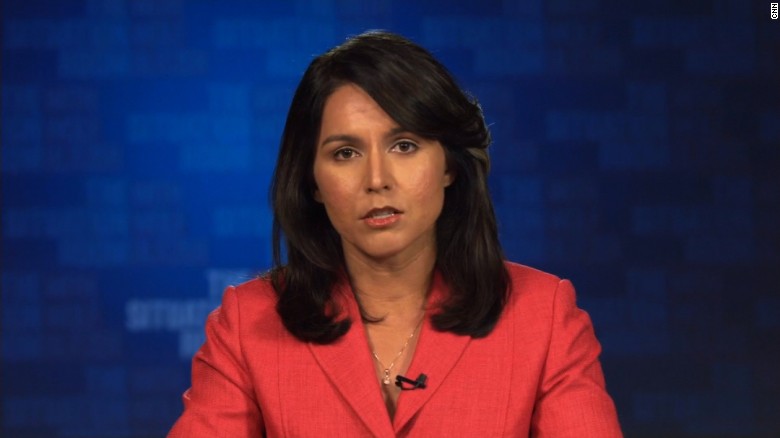 Rep. Tulsi Gabbard: ‘I am studying more about the impeachment process’

Born April 12, 1981, Aries is ruled by Mars (the warrior) making Gabbard very competitive in the affairs involving political She is a born fighter to impose justice and take the power

this proof that demonstrates the existence of a thousands of years of unimaginable amount of knowledge (history, astronomy, astrology and philosophy) was decimated, burned to the ground till today.

Now it’s time to change our attitude towards each other and our common fate in the realization of true love, security, peace and pure wisdom.

Bring Back Astrology as a Science into mainstream of human knowledge to recognize God’s true cosmic identity i.e. 12 signs of the Zodiac

Bring Back Medical Aspect of the Stars as a Universal Natural Health Care. The soul of doctor of the future will give no medicine, but a deep soul cleansing.

Many ancient cultures and history have attached importance to the old calendar of astronomical events from celestial observations, prophecy and more. All the wise men of

the past “Magi” knew all about the stars like to disappear advanced ancient civilization such as the Mayan, Incas, Sumerians, Aztec, Sumerian and the Atlantians.

spirit, science and metaphysics standing, and a common belief in it has largely declined, not only that Astrology is now recognized to be pseudoscience but affect more sickness poisoned and infected or suicide!

The goal of the mainstream astrology is to grow with the true knowledge written by God in the light through the stars and bring you the light of hope, love, security and spiritual freedom that will bring you a fully lifetime spiritual accomplishment with emotional, financial and spiritual stability.

Inside the mind of the Facebook Killer – Steve Stephens born December 10, 1979

According to World of Astroforensic Psychiatry, first of all, He born the year of 1979 Dragon Pisces in Tail (negative) is a perfect stimulating by the current transit of Universal Dragon Pisces is very illusive, very deceptive / depression this sign resides somewhere in ones’ natal chart.

Pisces is controlled by planet Neptune and this is where one’s psyche can easily become influenced either negatively or positively, but right now what he did obviously confusion, helplessness, panic and isolation then died alone.

How can I know all this, without having met Stephens? Because his birth chart showed me very clearly what I done studies for years..but since November 2015 that

One of them is Steve Stephens haven’t been reached before, during or just after puberty and allowed to investigate/control his extremely powerful cosmic nature he would not have become a monster.

Though both    the religious and scientific could never save his life because they are themselves infected and lost the spirit of God’s cosmic divinity a long time ago.

Dr. Keith Ablow is pretending to know everything about something indeed he knows very little thing but he have no cosmic clue what it means to human or have no idea how to

stop criminal behavior or this unstoppable problem because U.S. Department of Education’s elites will never allow him to study Astropsychology (or divine astrology).

This is unique approach to the stars and how its impact on the human psyche than what Dr. Keith Ablow’s analysis and explanation of him.

especially Mars the red planet of war (blood) is afflicting Stephens’s behavior shows no empathy for another man then fired the shot that left a lifeless body behind.

Mercury (mental process): Scorpio – He talk like a Scorpio producing or his famous sarcasm. He is using that horrific drama as a metaphor for his own psychological and spiritual death.

When a killer asks his victim to repeat the name of his ex-girlfriend, a woman the victim has never met, he is dramatizing the senselessness. Scorpio rules ruthless, unforgiving, relentless and revenge.

With Uranus shocking surprise, sudden releases of energy and technology/Facebook in Scorpio lead to dramatic/death/police that sending shock waves throughout the world. In other Facebook posts, Stephens claimed responsibility for thirteen murders.

Steve Stephens reportedly lost a romantic connection, lost money gambling, lost his place to live, but felt he got no help indeed Universal Dragon Pisces take over his body, mind

and soul to drown in the “poisoned” water. He need to desperately need to survive the universal infestation through with proper cosmic spiritual education, but haven’t chance time to his progressive, positive thoughts with the light of the stars. No one taught him at early age in the first place.

Carl Sagan haven’t yet no explanation has ever been given his work about old art and science of astrology for years but considers it a pseudoscience therefore his rational, logical, scientific astronomer can not be justified by the works of the rare cosmic wisdom relate by all the wise men of the past.

Regarding spirituality and its relationship with cosmic science – ‘spirit’ comes from the Latin word ‘to breathe’. What we breathe is “sky breath”. Air (cosmic wind) is often seen as a universal power.

People born under the astrological signs of Gemini, Libra and Aquarius are thought to have dominant air personalities. Air personalities tend to be intellectual, communicative, and curiously.

Did he study his own astrological chart to recognized himself why he become astronomer? He born with Dragon Head in Aquarius. He was blessed with curious stars, universe, solar system etc…

But underdeveloped cosmic identified all the planet found in Carl Sagan’s astrological chart is not enough show proof his able to read the signs and translate daily and monthly predictions at work but more specific why he can not able because Sagan being born with Saturn (the fear principle, scientist engineer born) in his 3rd house of mind process.

That’s why he interesting in astrophysics, astrobiology and astronomy not spiritual cosmic education like predictive astrology.

This perfect article example for astrophysics, astrobiology and astronomy who know nothing about God’s cosmic divinity so therefore you better make up your own mind about Divine Astrology, not follow other scientific’s opinion.

Easter, Bunny and Eggs are obviously not in the Bible, then Why Spring/Vernal equinox celebrations around the world, of course your calendar is a pagan holiday. It’s all about celebrations of rebirth and renewal.

Spring is officially here, according to the astronomical calendar. The arrival of the vernal equinox in the Northern Hemisphere is when the sun shines directly on the equator, giving us almost equal amounts of day and night. 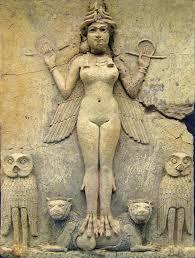 Astronomical observation begins with the early civilizations of Mesopotamia and Babylon. The great fertility goddess of Babylon, Ishtar is originally celebration of Easter were a highly acknowledged, practiced and celebrated since till that lasted from about 3,500 BCE to about 400 CE…

As the worship of Ishtar spread to westward expansion movement -through the western Mediterranean reaching Egypt, Greece, Western Europe then North America, the name got changed – a common event. Ishtar became Astarte, then Ostara, then Eostre, finally reaching England as Easter.

Every non cosmic conscious christian in the world that celebrates easter, or the resurrection, on this day, in any way, is participating in the use of astrology by following all of the spiritual traditions revolving around spring equinox are related to the SUN rising

This is ‘resurrection of the sun/son’ that celebrated as the time when the sun officially overpowers the darkness (powers of darkness) and days become longer.

Many spiritual traditions around the world have stories of a son dying and being reborn because that is what our SUN does (symbolically speaking itself).

Spring is a great time of planting anew for the year, the time when birds and animals go into heat and have sex. Fertility is the basis for celebrating the goddess Ishtar / Astarte / Ostara / Easter upon the arrival of spring. And, it is obvious, is it not, that rabbits and eggs are the symbols of fertility.

If Christians against Easter and Bunny like they told you many times, be sure you must inform them. There shall be signs in the sun, the moon, and the stars.” – Jesus Christ, Luke 21:25 The Bible is filled with references to astrology. This is because astrology was widely accepted as truth in Biblical times.

NASA is a ridiculous speculation can offered by those traditionally “educated” heads yet can not explain how abilities using and explain what mean to be a cosmic conscious superhuman being but as science rule, those who ridicule astrology the most never studied it!

NASA’s mission is to pioneer the future in space exploration, scientific discovery and aeronautics research but the way they looks at the sky and sees stars/planets they consider and perceive only as solid rock.

We will not solve the problems of the world from the same level of thinking we were at when we created them.The Divine Astrologer seeks spiritual meaning from the symbolic meaning of stars. NASA scientists must start learn to speak God Divine Cosmic Language.

God put the signs in the sky to communicate with people on Earth in their stars of the language. The wise men astrologers from the East understood the significance of the birth of Christ through their knowledge of astrology. And they used their knowledge of astrology to navigate to the birth place and to the home of Christ yet NASA scientists denied it.

Divine Astrologers Confirms: Ancient Cosmic Wisdom Techniques! – People like Mayan, Incas, Sumerians, Aztec, Sumerian and the Atlantians are capable of superhuman abilities used the secret of the stars and humanity.

Many ancient cultures and history have attached importance to the old calendar of astronomical events from celestial observations, prophecy and more.

All the wise men of the past “Magi” knew all about the stars like to disappear advanced ancient civilization such as the Mayan, Incas, Sumerians, Aztec, Sumerian and the Atlantians.

Callanish Stones in Scotland and Stonehenge in UK is perfectly designed by superhuman to deal and comprehend even use the metaphysical spiritual manifestation.

Both located has long been studied for its phenomenon connections with ancient astrology. The site is aligned in the direction of the sunrise of the summer solstice and the sunset of the winter solstice.

Callanish Stones and Stonehenge, both have been used to predict eclipses, solstice, equinox and other celestial events important to a celebrated by pagans and druids, this providing the beginnings of a prehistoric calendar.