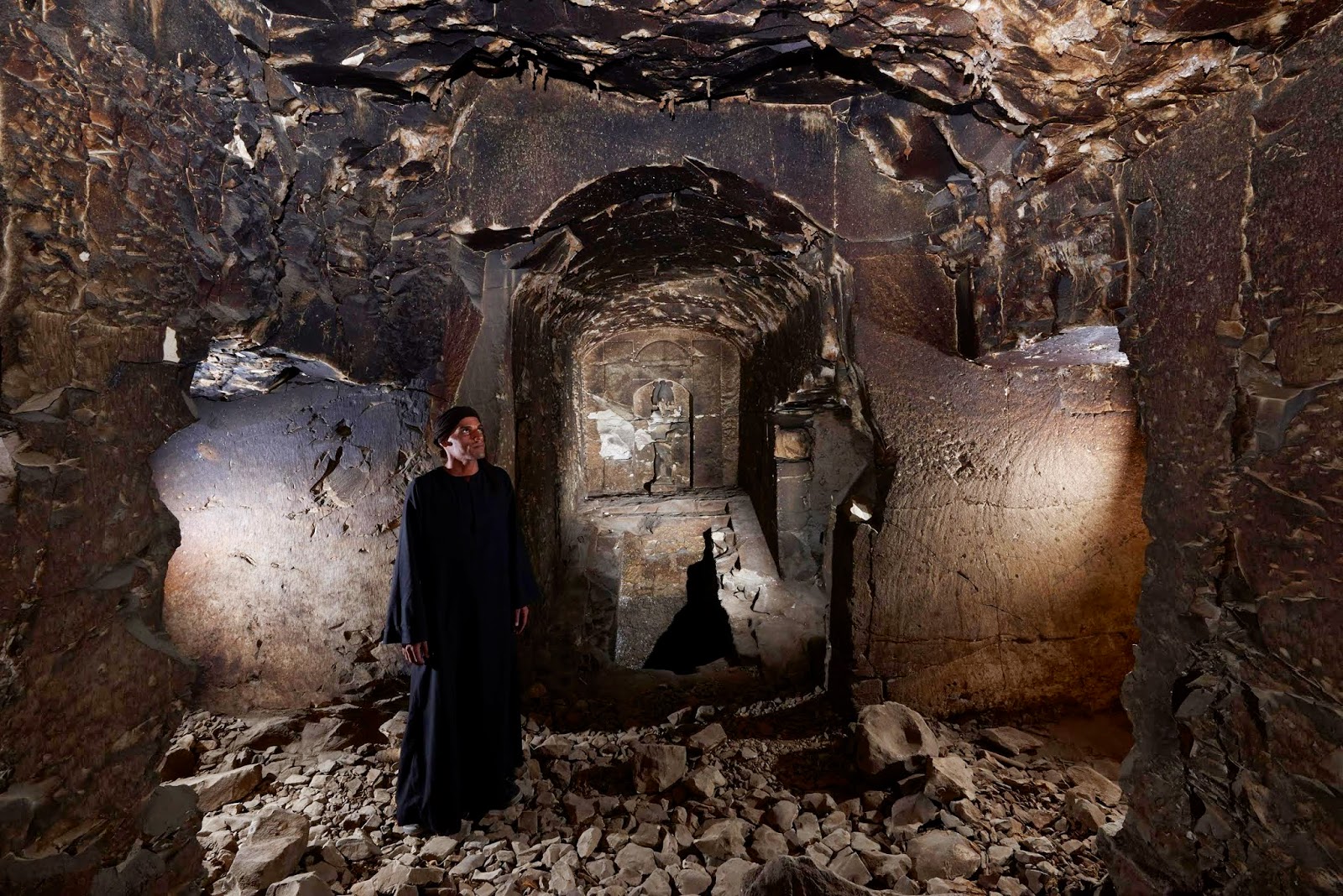 Inside the symbolism of Mythical Tomb of Osiris- His son (SUN) will rise from the dead and from the darkness” Its all about astronomical seasons, its all in the stars. Christmas is all about Pagan holiday (BC) then becomes a Religious holiday (AD) that “Christ” in Egypt: The “Horus-Jesus” Connection. We have twelve months, 12 hours, 12 apostles. The twelve apostles are a hidden representation of the 12 gods of the zodiac. Symbols have survived to this day from very ancient times. In the Catholic church today, the staff the bishops hold is a carry-over of the staff held by the Egyptian God Osiris. The symbol of the Christian cross was taken from the Egyptian ankh which represented life and fertility. The high pointed hat worn by the Pope was derived from Osiris’ tall crown. And even the traditional birthday of Jesus, celebrated on the 25th of December, is taken from the birthday of the Egyptian God, Horus.

The Osirion or Osireon is located at Abydos at the rear of the temple of Seti I. It is an integral part of Seti I’s funeral complex and is built to resemble an 18th Dynasty Valley of the Kings tomb. It was discovered by archaeologists Flinders Petrie and Margaret Murray I can expose both archaeologist’s DOB – natal chart to see / find out / understand why they are interesting in this archaelogy field.

Do you see the water under the building? That’s Neptune in Greek Mythology is called “The Lord of the Sea, Poseidon” Neptune rules deception and religions – Pisces rules baptism, christianly and religious that “Christ” in Egypt: The “Horus-Jesus” Connection.

According to Medical Astropsychology – Pisces rules the feet that must into the water for your good health/good energy/connect the mother earth. The Osireion was a water therapy temple that enabled its visitors to renew themselves physically in these powerfully charged waters, and through the symbolic spiritual immersion of going under into the silence and the dark, then coming back up to the music and the Sun. Amazingly, the force of the river in this place can still be very strongly felt. You can experience it yourself if you go there. I hope it help with this best AstroArchaeology article. It was discovered by archaeologists Flinders Petrie however I must inform this guy, Flinders Petrie is not cosmic consciousness or not even study of Ancient Art of Astrology at archaelogy work. Flinders Petrie unilluminated perception of the stars. I will tell you why.

A number of Petrie’s discoveries were presented to the Royal Archaeological Society and Petrie published a total of 97 books. He was noting and comparison of the smallest details by linking styles of pottery with periods, he was the first to use seriation in Egyptology, a new method for establishing the chronology of a site.  Where is his Egyptian hieroglyphs work that representations of stars and constellations in a total of 97 books? Can he read ancient art of ASTRONOMICAL ceiling of Seti I tomb showing the personified representations of stars and constellations like I do? Nope. I will tell you why.

Lifestyles of the rich and religious, science and atheist …^

A number of Britt Luneborg’s discoveries were presented to the “Dark Ages” of education with Royal Archaeological Society. Petrie published a total of 97 books is a cosmic spiritless and cosmic Godless. This is exactly reason why this biggest different between tradition education and intelligence. 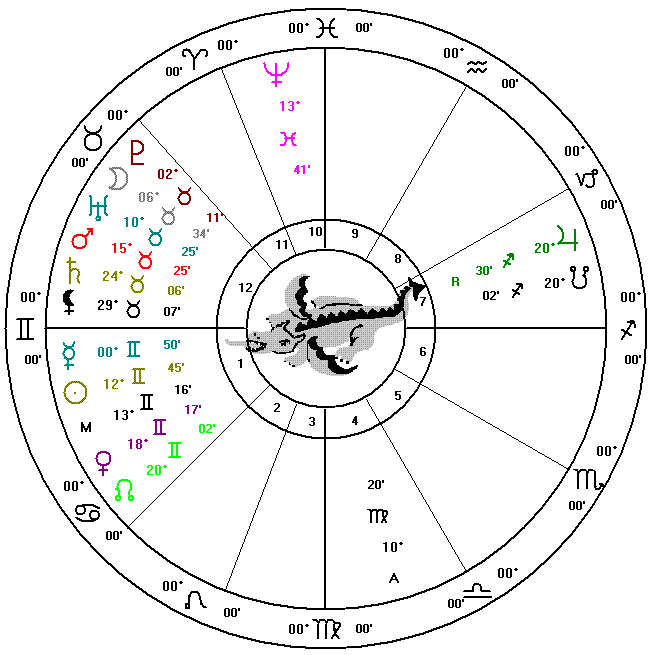 Sun     12Gem45  (1) self – Soul purpose is assimilate information quickly, curiously, communication and writing including transportation and using photography for paperworks. Incidentally, Einstein, Clinton and including me are all “suffering” from ADD, Attention Deficit Disorder is opposite in cosmic nature to what science want you to believe, those having geniuses and simply tire at being taught traditionally. The universe has provided these unique individuals with gifts to learn at faster pace, and assimilate information quickly. He must be challenged outside any current “Dark Ages” of education classroom setting that wishes keep “all”  tradition education on the same page of the book.

Flinders was raised in a Christian (born on Dragon Tail (reincarnation) in Sagittarius -higher education/bible/books/university, speak foreign languages and religions) household (his father being Plymouth Brethren), and was educated at home. He had no formal education. His father taught his son how to survey accurately, laying the foundation for his archaeological career. At the age of eight, he was tutored in French, Latin, and Greek, until he had a collapse and was taught at home. He also ventured his first archaeological opinion aged eight, when friends visiting the Petrie family were describing the unearthing of the Brading Roman Villa in the Isle of Wight. The boy was horrified to hear the rough shovelling out of the contents, and protested that the earth should be pared away, inch by inch, to see all that was in it and how it lay. “All that I have done since,” he wrote when he was in his late seventies, “was there to begin with, so true it is that we can only develop what is born in the mind. I was already in archaeology by nature.”

Mercury     00Gem50  (1)  self- At the same time, Mercury in Gemini can also make an interesting speaker and editing / writing with publishing at work.

Venus    18Gem17  (1) self-  The location of the Venus is a pleasure and love in speaker and editing / writing sign of Gemini. Gemini rules hands, shoulders, arm and fingers including the power of nervous system as movement and fasters, obviously, he loves to transportation anywhere he go.

Moon     06Tau34  (12) Subconscious- The location of the Moon (emotion response) in the Sign indicates a strong desire for a beautiful home bases. He has possession of an extremely expensive property in wide selection of pottery & mosaic at Archaelogy work.

In 1913 Petrie sold his large collection of Egyptian antiquities to University College, London, where it is now housed in the Petrie Museum of Egyptian Archaeology.

Jupiter     20Sag30  (7)  This is a dignified position where the ruler is located in its own sign, reinforcing both the positive or negative effects of the sign itself. Sagittarius rules centaur’s arrows up (to the stars) towards the Universal Mind ? or down into books (religious materials/Archaelogy books/Lack of Ancient Art of Astrology in books). A number of Petrie’s discoveries were presented to the Royal Archaeological Society and Petrie published a total of 97 books where its danger of missing cosmic God’s celestial design and manifestation, of the preachers’s religiously codified words.

Neptune     13Pis41  (10) Neptune rules great imaginable and creativity for the well being of fellow of the Royal Society in his career.

Dragon Head (growth/positive)     20Gem02  (1) self – Flinders Petrie is a DUAL. This mean TWO lives in one, where life must be experienced in duality. The number 2/4/6/8 etc. will always become either a curse or a blessing. Flinders Petrie speak a few languages, been married with two children,  lived in many countries, never stop writing and use critical thinking in all I do.  Indeed, if you own this dragon you will be the real gifted “Messenger of the Gods” or the eternal conventional student.

Dragon Tail (negative)     20Sag02  (7) contract/partners – Flinders Petrie was struggled with dealing against different religions and accepted scientific propositions. Flinders Petrie was a teacher and a very spiritual man who was “cursed” to relearn all about her past lives with the Indians, particularly the cosmic conscious Mayans.