Mel Gibson is an extraordinary creative force and to see that wasted the last few years over his divorce and other behavior or speech is painful. It’s a big disappointment. This is a hateful man who has destroyed a once amazing career due to repeated explosions of anti-semitism, anti-gay, and anti-women diatribes. Shame on Leno for having him on his vapid show. I think it is clear enough that Mel”s temper is out of control and over the top. He has no self control with the people who should be first in his life. He should stay away from alcohol and he would lose his temper much less Gibson recognizes his shortcomings due to fall to the soul poisoned with deceptive beliefs, to religious poisoning, away from truth and light. Note He born in January under the constellation of Capricorn and Mel’s Passion of the Christ and Apocalypto both obviously rules Neptune’s imagination and religious poisoned due to suffers of Pisces(religion/the art/deception) affecting his 3rd house(mental process) and that’s why he is very religious and drinking a lot. 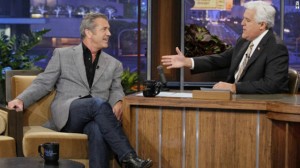 Mel Gibson has admitted to a trait some probably presumed quite a while ago, thanks to the headlines: The actor has said he’s got a bit of a temper.

His Mars(temper/anger) in Scorpio(drama) express his personal desires in intense, serious and dramatic ways, and usually got a temper. These people have shares the exact same the energy of death and drama in their lives because the emotions and passions are simply out of control. Mars conjunct Saturn in Scorpio has great control over the emotions and the sex drive. Venus in Aquarius is bull-headed and rebel and freedom. This is very important to be aware of our differences in all aspects of human experience like Mel Gibson’s temper. 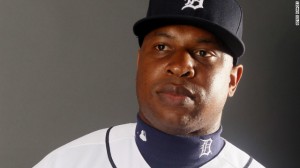 (CNN) — Detroit Tigers outfielder Delmon Young was arrested in Manhattan on Friday and charged with aggravated harassment after a dispute with another man, New York police said.

Delmon Damarcus Young (born September 14, 1985) is an American professional baseball outfielder with the Detroit Tigers. Young was arrested for aggravated harassment as a hate crime in New York City. The Tigers had been scheduled to play the Yankees later that evening. The New York Police Department said he yelled an anti-Semitic slur while he was intoxicated. Note He born with Pluto(power/intense) Conjunct Dragon Tail (negative) in Scorpio(drama) in 3th house of critical thinking and make him yelled an anti-Semitic slur while he was intoxicated due to four planets(including Mars) in Virgo puritanical, cleaning, prefectist, purity or discrimination against Jews that meaning he see them as “crazy stupid religious” or “dirty religious”.