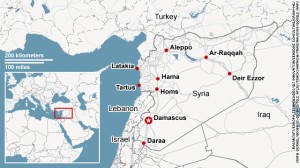 Note Pluto rules wealth and power but also total death and rebirth for the abuser with active karma in time. Capricorn rules over the government, big business, careers, politics, and disciplinarian type of father while Pluto will have fun or challenge to uncover the secret, sex and power where it been use and abuse of power at work where it forced to “die and rebirth” under effects of the transforming planet Pluto. This is manifested, the abusive politics leaders must eliminate soon as possible where Arab and Western diplomats spoke right now U.N. Security Council draft resolution that calls for Syrian President Bashar al-Assad to step down.

If you are not aware of COSMIC POWER, you have no idea the hidden universal’s manifestations movement throught the stars while many thousands of political/religious and conspiracy “Talking Heads” can related each other based on their intelligence logical, education and experience, but they can not challenge God’s manifestationsplan in advanced. That’s proof the universe is working on the target of government to clean up their nasty act and karma will teach their a lesson where it demand greedy and obvious abused the system to stop! Did the bible talk about this? NO. Did the stars talk about this Yes!. If you translate the GOD’s Will from the heaven. That what three wise men (astrologers) following the stars to his birth place in the Middle East if you do same thing. 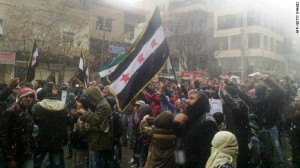 Middle East are not aware of its influence, and also other are not aware of it and react in on default, and on automatic and automatically experiencing the same CYCLE over and over again where the position of the Moon, it rule subconscious emotional forces and response to life. So they now realized own it’s spirit growth in action right now where the essence of the spirit and Syrian people forced to physical/spiritual freedom. 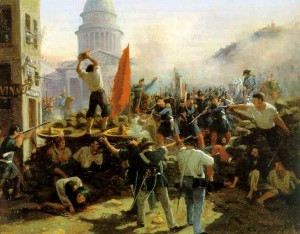 Revolutions of 1848(Uranus in Aries)

This was just before the 2012 Uranus in Aries, the one just before the in 1848 due to widespread dissatisfaction with the political leadership; the demand for more participation and democracy; the demands of the working classes. There are similarities! It’s manifested cosmic pattern repeat universal’s influencing upon us. Uranus rules revolution, freedom, unite and people, in the zodiac sign of Aries, this position rules man’s destructive animal instincts and aggressive. 7,100 people have died since the start of the uprising. This strong desire of challenge is manifested seen in the individual’s impatient as masculine and aggressive. Sad reality, Many religious leaders to become obsessed with political power are totally unconscious as “God’s Representative” and very deception lost soul. Only way to salvation when you raise your awarness about the stars of the language unless YOU MUST ASK GOD FOR THE ANSWERS ARE IN THE HEAVENS WHERE YOU SUPPOSE TO SEE GOD’S SIGN(STARS).

“And God said, Let there be lights in the firmament of the heaven to divide the day from the night; and let them be for signs, and for seasons, and for days, and years:”

– Genesis 1:14 in King James Version of The Bible