Keep in your mind that Traditional school teaches you nothing related to the subject of Astrology where it forbidden teaching by past teaching of the Vatican Church Yes, It’s true. Pope being taught astrology by the Vatican council in the past. Now What worse, Today Psychologists has no clue the human mind is directly related/connected to a planet called Mercury where it classified mental processing, mental disorders, communication and negative-thinking patterns which these children were subjected may have a lack of self-confidence and low self-esteem they had of themselves. The Psychologists can only make up the stories and are totally unexplained to the reasons including signs of depression and mental disorders.

(Health.com) — Psychologists, not to mention parents, have long observed that kids who seem depressed tend to have trouble getting along with — and being accepted by — their peers. What the experts haven’t been able to agree on is which comes first, the depression or the social difficulty. Most researchers have supposed that kids who are excluded or bullied become depressed as a result (rather than vice versa), while others have suggested that the two problems go hand in hand and are all but impossible to tease apart.

Britt Rebuttal: The answer is Saturn is a depression, negativity and fear principle of planet where ever located in your chart that’s result of rules your life so you must remove depressing thoughts. Yes, The power of the Saturn is far from affecting only you, but affects all of children and including the parents.

A new study, published this week in the journal “Child Development,” provides some of the strongest evidence to date for a third theory: Kids who cry easily, express negative emotions, and show other signs of depression ultimately suffer socially because they are shunned by their peers and attract the attention of bullies. “Bullies target youth who are unlikely to fight back,” says lead author Karen P. Kochel, Ph.D., an assistant research professor at Arizona State University, in Phoenix. “Youth who are depressed really have the potential to appear vulnerable, and are easy marks for victimization, unfortunately.” 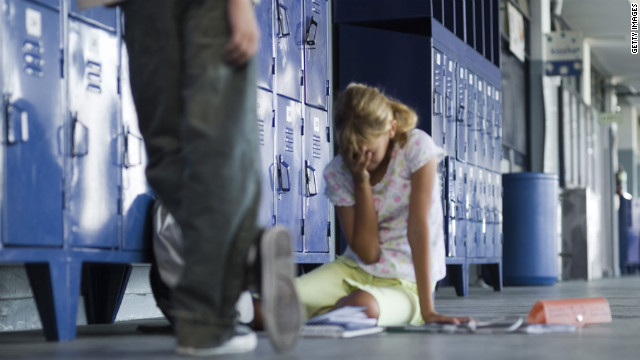 Britt Rebuttal: The answer is Pisces is worse cry baby of the Zodiac because it rules the feelings and emotions yes, the fact that it gets worse and worst emotional roller coaster where ever Neptune/Pisces resides in your own natal that’s result in emotionally out of control as instability in your life so you must learn to be tough. Use your power of Mars’ aggressive and competitive where developing your inner strength will help you to overcome your sensitive. That’s God’s manifestations forces into own chart where you can find the strongest evidence to show that indeed come from the stars. Gee.. It’s amazed me to see how ignorance Karen P. Kochel, Ph.D., an assistant research professor at Arizona State University where she never learn outside of the box. Bullies target youth who are unlikely to fight back,” says lead author Karen P. Kochel. If your child don’t have enough by aspect of Mars(fight back/aggressive/stand up) , Your very behavior can not challenged by the war. It may a lot of water(emotion/sensitive) with a bad aspect of Uranus(social/peers) it may be alone…
Research, reason, investigation, and discipline is a must be thinking outside of the box which is the right way to find the truth.