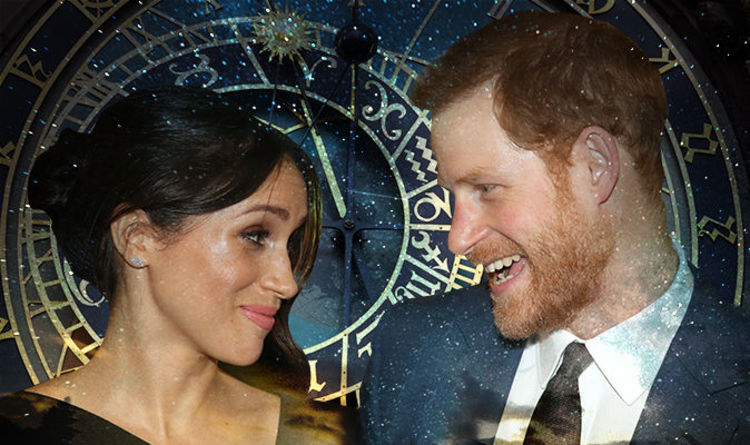 First of all, British Royal Wedding draws nearly 30 million viewers in the U.S which it’s beautiful, excited and unique. Not like her brother William and Kate got married during negative waning moon. Harry and Megan got married during positive waxing moon however next shift of Cancer/Capricorn axis will touch William and Kate’s fate because both born in January and July.

Prince Harry is very lucky to have her as new wife since he can’t find anyone in UK and Meghan won his heart. Megan met Harry’s ‘Ideal’ Love – three main thing…Royal Fans, Motherhood, Megan’s Brain. Harry recall her which she can handle the world stage, fame, fans as the people’s princess. Why? Leo. Rachel Meghan Markle (born August 4, 1981) is an American actress and model. She born in August are stunning, intellectual, magnetic, and attract others with her Sun Power which giving her the option to reach fame, fortune and power and shine in the stage of life for one.

With 2018 Universal Dragon Leo transiting toward Markle born in August – Leo born it is clear that the cosmic wheels are in motion for her to become soon princess. Yes, Meghan Markle is ‘just like Princess Diana’ because both same share with humanitarian Aquarius Dragon. Meghan Markle is a ‘true humanitarian’ claims charity she worked with in Rwanda and India. Harry can see her Mom fate in her passion and action that’s how he attract in her.

Motherhood – She born with Mars (desire) in Cancer (emotion response, family, home, security, private) similar with her mom, Diana, Princess of Wales born in July – Cancer – incredibly intuitive and sensitive signs of the zodiac for two.

Megan’s Brain – In 3rd house of thinking process, Born in August become Libra (law, justice, psychology, harmony) Note Obama and Clinton graduation law school because both born in August. That’s why she earned a bachelor’s degree with a double major in theater (center of the stage) and international studies for three.

Now Let’s talking about love match. How can go love match between earth and fire? September and August but there are more behind up and more support that pull them together in love. Moon, Venus and Mars…make them attract each other. Harry born with Moon in Taurus. Meghan born in Moon in Libra. Note the love planet Venus rules both sign of Taurus and Libra which it make easier for them to work together in harmony, stability, love and respect each other.

Meghan’s ‘Ideal’ Love planet Venus in Virgo connect to Harry’s Sun in Virgo. She attract cleanliness, prefect and health guy. Harry’s ‘Ideal’ Love planet Venus in Libra connect to Meghan’s Libra stellium (Moon/Saturn/Jupiter/Pluto). He attract her extremely intelligent, balanced and diplomatic sign of Libra in her especially Pluto rules passion that take over her love planet in Libra. What’s more, His Mars (attract/desire) in Sagittarius on her Sun in Leo. Sagittarius rules foreigners and difference background which she is mixed-race.

Look Out, It’s a Dragon Tail. Megan will experience “sex / death / drama” in her 4th house of home/private area from Harry’s Scorpio stellium not only she will experience “intense love” 5th house of love area is right on Harry’s Negative Tail Sagittarius.

Harry will experience intense emotions or shocking happened in his 6th house of work / service / health” in 6th house is right on Meghan’s Negative Tail Aquarius.

I advised both of them to follow moon schedule while Meghan Markle and Prince Harry have a passion for travel for their safely. Avoid dangerous foreigners area or Asia country due to both negative Tail Sagittarius and negative Tail Aquarius. Next four years later, it will move to Tail Sagittarius after Capricorn/Cancer axis. Harry need to be careful with foreigners area when he with her.