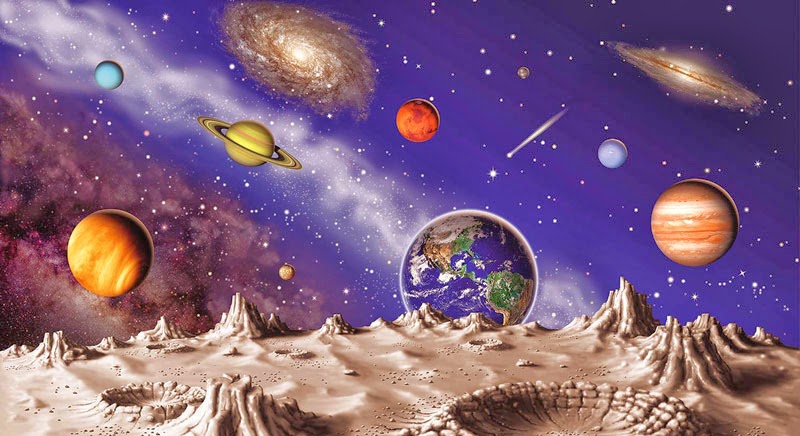 MONDAY, Sept. 22, 2014 (HealthDay News) — Scans of young children’s brains might help predict how they learn to read. This finding could potentially allow doctors to identify those with dyslexia and other reading difficulties early on, preliminary research suggests.

BrittL Rebuttal:  There are absolutely no offered values in mental health research.  This is an another wasted scientific research. Note, Scans of young children’s mind can be found in the science of Astropsychology. All the children’s mind always starts to end with Universal mind that connected to the soul of the cosmos. Most “science Kardashians” are, in fact, remain underdeveloped, rational, non spiritual society and remain haven’t investigated into  essential metaphysical question of the nature of the mind.

Continued: “Early identification and interventions are extremely important in children with dyslexia as well as most neurodevelopmental disorders,” the study’s senior author, Dr. Fumiko Hoeft, an associate professor of child and adolescent psychiatry at University of California, San Francisco (UCSF), said in a university news release.

BrittL Rebuttal:  Check the location of Mercury is very important in children with mind processing. It has nothing to do with mental disorders that the planets determine your gifts in life. If located of Mercury in Pisces (dreamy) or Gemini (restless/impatient), it will be difficult for concentration in classroom or reading the books. If located of Saturn (limit) closed to the planet Mercury (mind), very strong academically but in the beginning, it’s very slow mental processing.

Continued: “Accumulation of research evidence such as ours may one day help us identify kids who might be at risk for dyslexia, rather than waiting for children to become poor readers and experience failure,” Hoeft said.

BrittL Rebuttal:  This is a pure speculation. The answer is not within, but outside of the human brain, well above Dr. Fumiko Hoeft’s head and in the stars. Dr. Fumiko Hoeft have absolutely no direct relationship with the universal mind in the first place, therefore know nothing about herself as person.

Continued: The study, published recently in Psychological Science, involved 38 kindergarteners. As the children were learning to read at school, the researchers used brain scans to examine the white matter in the children’s brains. White matter is essential for perceiving, thinking and learning, according to the researchers. The development of white matter was monitored until the kids reached third grade.

BrittL Rebuttal:  The research project was a waste of material, money, time, and energy and yet remain haven’t investigated into  essential metaphysical question of the nature of the mind. Psychological Science without a knowledge of Astrology, they do not bring anything new. “He told me that his teachers reported that . . . he was mentally slow, unsociable, and adrift forever in his foolish dreams.” – Hans Albert Einstein (Albert Einstein’s father).

Continued: “The hope is that understanding each child’s neurocognitive profiles will help educators provide targeted and personalized education and intervention, particularly in those with special needs,” Myers added. Although there are other commonly used measures to assess children’s reading readiness, such as their IQ, early language skills, socioeconomic states and a family history of reading problems, the study found brain scans improve the accuracy of early reading predictions by 60 percent.

BrittL Rebuttal:  This is a pure speculation. Universal mind and Human psyche both are must provided targeted for special needs. Astrological guidance helps parents to select the right subject for their children’s reading readiness from the beginning.

According to Brian Cox, more can be done to encourage young people to take up STEM subjects. Speaking to The Telegraph, he says: “The skills gap in STEM subjects will be between 1 and 2 million by 2020 – all the way from apprentices through to PhD scientists and engineers.”

BrittL Rebuttal:  Brian Cox and all young people are all stuck in STEM fields to realize that all affairs involving the human mind starts in the Universal Mind?  It scares me to see supreme stupidity in full action just because no one has ever taught them to explore any spiritual avenues…. unless the old science of astrology is restored in our college and university first,then it will start with measure the healing available for these deadly psyche children and the victim of the school shooting will stop this ugly problem.

ALL SCIENTIFIC MINDS (Brian Cox) ARE CURSED AND STUCK ON EARTH!

“At the moment, universities could play a bigger role in society,” he says. “At Manchester, for example, there is a vast pool of talent. Securing the future is about allowing and encouraging these kids at the summer school to do what they want,” says Prof Cox, “not only to go on to university, but be involved in this area generally; from engineering apprenticeships all the way through to PhD scientists.”

BrittL Rebuttal:  Cyber Cosmic University need to play a bigger role in society. Modern science is limited to be observation of the stars in our solar system and explain only physical implications. What’s worse, the International Astronomical Union, the group decided that Pluto was not really a planet because of its size and location in space. Note, Professional doctorates and PhDs (Doctor of Philosophy) without a knowledge of Astrology has no right to call himself as Professional doctorates because they know nothing about the awful power of Pluto behind their destructive psyche.

if allowing and encouraging these kids at the summer school to do what they want, always check moon or rising and also check the planet Jupiter represents education and wisdom where it located in Aquarius or Capricorn, sure may successful in engineering and scientists. however not everyone become to be engineer or scientist, but it must be weighed before deciding to stay with a career that applies to intuition that leads to the apprehension of the symbolic power in the chart.