Universal Scorpius’s demand for the whole mass of the people of renewing the minds for a wake up call to promote the cultural diversity awareness that’s what Paula Deen’s unconscious has acted out of her natal chart, still using the racial jokes, yet she forget the personal business ethics where she came from the South during the 40’s and 50’s, exposed by the racial slangs and phrases that were commonly used by white people of that time back then.

Boateng: Racism in football must end

You must understand the nature of all universal cycles that automatically renew the season where you must shift your old consciousness and old habits. if you don’t change, you will pay a heavy price for the biggest mistakes like this humiliated lady with an apology to the public. Deen will not get to renew her contract with Food Network. These folks who were surrounded growing up by the racists, religious, righteous people from the Caucasian ‘race’ must stand up and bring to an end of this old centuries ignorance in transforming to face with the universal truth, love and respect as harmony.

Pluto requires to breakdown to rebuild with new values, the mutual respect to get a new structure. In television industries where it needs the racial tolerance in the career of the sign of Capricorn. Transiting Pluto conjunct right on Deen’s Sun/Mars/Mercury in Capricorn, forces her to rebirth again, to come clean with a public apology. 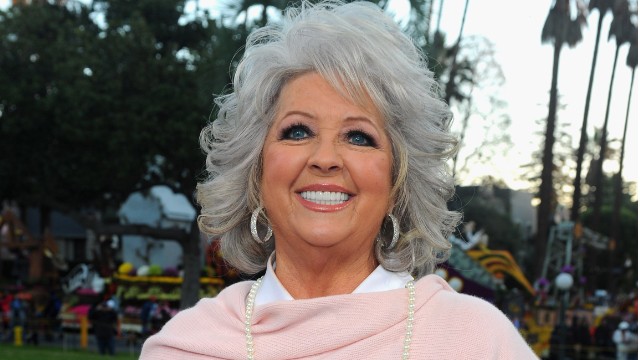 New York (CNN) — Celebrity chef Paula Deen’s contract with the Food Network will not be renewed, the network said Friday, the latest fallout over revelations this week that she admitted to using a racial epithet in the past.

Her Mercury in Capricorn demands her to have a plan for organization and structure, Mars rules drive and aggressive. Moon rules emotion response to life. Capricorn has a very cold shoulder with mental snob attitude, but with her Dragon Head in Gemini (books/radio/communication/broadcasting industry) adds more sense of humor that conjuncts Uranus (television/friends/wishes) in Gemini that brings well in communication and television and an author of cooking books.

She was born to be racist, religious and righteous person due to the manipulation/cold/calculated/old traditional education sign of Capricorn and an authority sign of Sagittarius, are shown strongly in her natal chart. This is how the way she treated to her african-american staff behind the television show in the past. She acted as righteous person as she knows everything in the books, orders others to do this and that as a typical Capricorn boss. Sagittarius rules foreigners where she resides in the past lives and must have an open minded, with curiosity with varied cultures, but she doesn’t. Sagittarius rules a higher learning, traditional education ,religious, bible, books where she grew up in the South during the 40’s and 50’s, so It apparently is her time to grow up and renew herself with new knowledge to have a new horizon for her.