Last night Moon in Pisces rules all chemicals (alcohol, all medical prescriptions, all illegal drugs) and religious poisoning so what happen last night at Turner Field during Yankees-Braves, police say….. 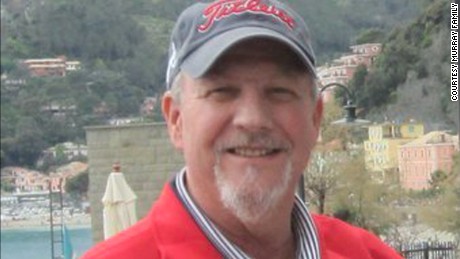 The fatal fall was about 85 feet. According to a witness, Murrey fell from the second row and was, “acting belligerently drunk all game.” When Rodriguez came to the plate, he arose suddenly to yell something and then slipped and fell over the guardrail.

Last night FULL moon really trigger strange behavior as result falling at baseball. I am as mad and upset as can be because Gregory DID NOT HAVE TO DIE unless he really pay attention or acknowledge his star control and Moon Power. I don’t have his full dob yet but

I’m sure wherever Pisces resides in his natal chart that need analyzed himself before go the game. Are you next victim? or You think you never find yourself at the wrong time at the wrong place or get into a situation you think, you could never have escaped from the

death? No, you’re wrong! Sport Fans are ALL been misguided, misinformed by others religiously, atheist, skeptics poisoned souls, which in the end produce deadly results! If you born in March / September, Rising Pisces, Moon in Pisces or wherever resides in your

natal chart, it will touch you in personally and universally “cosmic wind” will support or against you in many ways for good example- STEVE SARKISIAN GOES ON DRUNKEN RANT, DROPS F-BOMB (VIDEO) Stephen Ambrose Sarkisian (born March 8, 1974) Yes, He is Pisces but Like all, rich,

famous and cosmic unconscious celebrities, Steve Sarkisian have no clue what “deceptive cosmic wind” happened to him. If Steve asked for astrological reading, i will tell him…avoid alcohol/drugs because Pisces Dragon will enter you life. But not happened to His family says he also got it from swimming in the Huntsville area. Remember, there are just five cases of the illness in the U.S. this year, so it’s extraordinary that two would be contracted within miles of each other.

Beware; warning anyone, Not let go into a warm lake or pond , save your loved child! Universal Dragon Tail (negative) in Pisces (ocean / water / poison) till May 2017 unless you born in March or September, Rising Pisces or Moon in Pisces whatever resides in natal

chart, it touch you life. The children are ALL been misguided, misinformed by others religiously, atheist, skeptics poisoned souls, which in the end produce deadly results!

The World Health Organization feared Astrology because it was against their religion? But there are no accidents, only cosmic circumstances at work science and humanity at large have not yet uncover! Death is avoidable if you understand God Cosmic Divinity in properly

translate in universal language in order to promote the welfare of others with cosmic tools to avoid the deadly wind via deception religions do the same.

Imagine when weed become legalized? this may lead to mess up the future before must become cosmic conscious, acknowledge and control your stars and your destiny first!