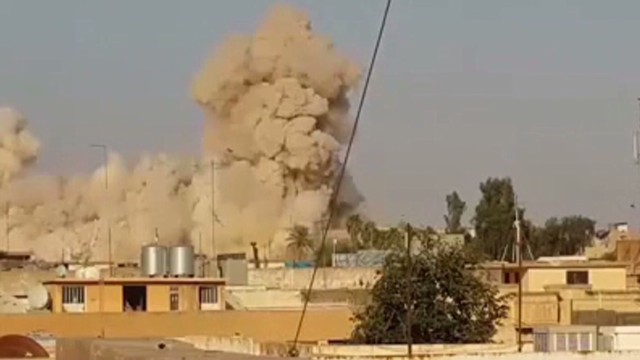 My prediction of eliminate of the world religion will impact next year in Fall 2015 / 2017. Pisces rules the Middle East, so with the Dragon’s Tail in Pisces we will see a lot eliminate / destructive / war based on the world religions. Yes, We will see the end of world religious that cause to prohibit, put to death with intentionally or knowingly and at same time, the war is still on…Gaza-Israel crisis, Coffee County Commissioner: Muslim challenger opposes American flag, public prayer and Mosque Leaders Accused of Trying to Cut Off Worshiper’s Hand With 2-Foot Machete. This is serious omen for religions has occurred.

Pisces is the twelfth astrological sign in the Zodiac, originating from the Pisces constellation. “Pisces” is the Latin word for “Fish.”

Officials: ISIS blows up Jonah’s tomb in Iraq. The holy site is thought to be the burial place of the PROPHET JONAH, who was swallowed by a WHALE or FISH in both the Islamic and Judeo-Christian traditions. If you look up the five images of prophet Jonah with fishes / Pisces in wikipedia. Obviously, it’s reflect to sign of Pisces (Religions / Middle East). Jonah, Jonas or Younis (Hebrew: יוֹנָה, Modern Yona Tiberian Yônā ; dove ;  Arabic: يونس‎ Yūnus, Yūnis or يونان Yūnān ; Greek/Latin: Ionas) is the name given in the Hebrew Bible (Tanakh/Old Testament) to a prophet of the northern kingdom of Israel in about the 8th century BC. He is the eponymous central character in the Book of Jonah, famous for being swallowed by a FISH or a WHALE, depending on translation. The Biblical story of Jonah is repeated, with a few notable differences, in the Qur’an. ISIS blows up Jonah’s tomb in Iraq is manifestation going on to eliminate of the world religion is on the way to next year which it mean completely remove or get rid of all religion in this World-  The French want to make society safe for religion by banning so-called cults and FACING FINES, CONVERSION OR DEATH, CHRISTIAN FAMILIES FLEE MOSUL and ISIS burns 1800-year-old church in Mosul and Source: At least 5 killed in Nigeria suicide blast  Because of Dragon Tail in Pisces is negative energy of the South Node of the Moon is ‘act of god’ to eliminate of the world religion in order to grow up with world mentally and spiritually.

Watch out the power of Moon in Aquarius(shocking) and Moon in Pisces (religions) that weekend. Would your church support his idea of same-sex unions or his philosophy of religious doctrine? Pope addresses church policy, of course, many will support and don’t support his idea or following by New freedom and humanitarian age of Aquarius? Aquarius rules friend and wishes.

Those are strong religious religious conservative, atheist and muslim will turn against Pope that leads to religious war next 2015/2017 Dragon Tail in Pisces.