Is the non cosmic conscious human being too dangerous OR Is the Porsche Carrera GT too dangerous? I will have to explain clarify which one important is the primary reason for a better explanation behind the physical or spiritual perspective, but the need of deep science beyond this high-revving V10 engine Porsche Carrera GT for this spiritual perspective. There are several reasons to this wreck where Paul Walker died in is total nonsense. 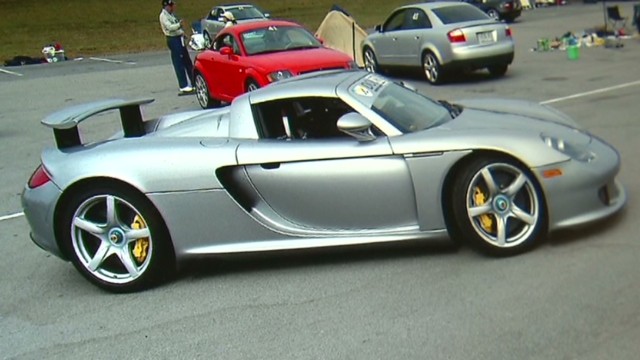 (CNN) — It has three times the horsepower of the average car. It’s notoriously difficult to handle, even for professional drivers. And now, it’s known as the car actor Paul Walker was riding in when he died.

Nonstop discussion about the performance of this car is total nonsense, to be honest. Whatever happened on the local street with speed limit less than 40 mph, stupid people would do stupid things. People can blame that car all day yet, it can be driven responsibly like any other drivers, same thing for those who constantly arguing about the guns for years. This is guaranteed flawed argument, even though, the same result would be the same old argument, cars are not designed to kill, period. Cars don’t kill people, people kill people by according to the control of an operator behind the energies of astrological aspects.

Where is spiritual perspective on how and why it works?

Most important question is that we need to know and understand how it did happen and that killed Paul Walker, is to be continued with cosmic investigation with their soul purposes by according to their natal chart via the stars and fates where and how it ends up to a deadly wreck. Sad fact, Many car mechanic experts, police authorities and professional drivers are blind of unseen powers in the stars, that react automatically via the stars to the things we haven’t learned anything outside of the traditional box. We all have the limits to our spiritual education. It’s time to change new perspective or new challenge to the new level.
In ‘star-divination’, Mercury is a planet which governs all transportation and communication. Paul Walker (born on September 12, 1973) was born with Sun(life) conjunct Mercury(movement),  a strong need to take an active role in transportation and communication. He was attracted to the world of car races with friends(Aquarius)  while with Jupiter(higher learning) in Aquarius in 6th house of health and work, his subconsciously concerned his driving safety, but his Moon(emotion response to life) in Pisces(illusive/deceptive/religious/addict) in 7th house of partnership(Roger Rodas) to join his red Porsche for a joyride.
I already explained in first part about Roger Rodas’ natal chart and you may review his natal chart.