Some people may feel a bit shocking/surprised/emotional or depressed during a waning moon, where it’s not comfort to be around with people who you work with. Avoid the dream, you may make an error or forget to do write up and make important contact so keep focus on work. New moon will come up in few days. Grab meditation and renewing your faith with your partnership. Don’t worry or stress by anything. Let universe take care of itself Uranus rules surprised that will meet your wish but it may be crazy going on by right now and might have disturbing result this weekend. Uranus rules rebel and freedom. Beware with teenagers may get themselves in trouble. Some of your friend will call you for some advices or ask your some spiritual questions. Neptune rules confused and you may be wandering alone. Don’t go to bar get depressed. Keep head up. Laugh is best medicine but you may not find it till New Moon for happiness. Note, a deceiving aspect Neptune promote secret love affair and sexually. Use your power of Uranus’s intelligence as common sense and simply walk away from deceiving alcohol with strangers. You can better than that. Avoid any form of guilt in your decision. Be practical and think twice before you speak up. Aquarius and Pisces both now in charge so be careful what you’re doing out there during weekend. Don’t drink and drive. Mars will go crazy aggressive when you drive with high speed. I don’t recommend that, Neptune rules sleepy during driving. you better call taxi and get home safely. Watch out the thunder and lightning; Aquarius will shock many people due to quake, a tornado or blow up a volcano soon so stay away from Uranus’ bad surprised. Crazy stupid drunk picture will exposed in public by famous people may make sad news and it will expose via twitter will spread faster and expose due to desire to freedom. 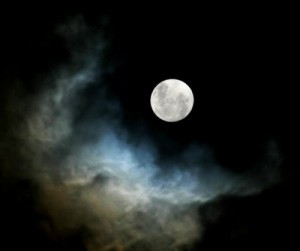 Don’t need to be challenge your boss or coworker. Just try to concentrate at work. Listen to your heart, not head. You will be fine in few days. Don’t talk back to co-worker, just go work and do your best. Act normal when you know anything negative from anybody. Be yourself. Talk smooth with her/his approach. You will see many victims of Mars without common sense. So use your inside soft of the planet of love to make diplomatic power, not create drama. Control your tone and tense, especially your loves ones at home. Mars will tempt you more aggressive to face your friends and family members. Use your Venus energy with them and be chill. Be cautions with fire while you cooking outside or inside. Love is in the Air, Venus, the planet of sweetheart and charm, possible to attract each other. You see your secret crush; you can try a little flirting with him or her. Venus passions will rules the nights that will lead to sex and thinking about your future. Take easy for during a waning Moon period (negative) because as a Scorpio you will possess the power to do whatever you choose to do. Don’t drink and drive. Scorpio likes to create drama such road rage and if you have depression, and drugs where you need to head up and talk in positive thought. Drive safe and follow the rules on the road. You need help your depression friend and get light up and give a good humor. Be creative. During a waning Moon period, you will see a lot of dramatic and death news that were often making many accidents if you go out during after full moon and you have to pay for your mistakes. Expect polices may make announced plans to watch more crimes this weekend. Scorpio will bring to death news and famous secret love affairs. Actress Demi Moore sent to hospital for seek professional help after smoking at home last year. Many wakeup calls at financial or sexual secrets that will reach the news and social media. Some sent to jail for sex scandals and dramatic news