Once you enter search, you will find more truth through universal natal chart by entering someone’s date of birth, I guarantee that everything will bring you a light and expand your consciousness to help you understand why Greg Epstein’s change of heart where it allow you to clearly perceive individual’s cosmic destiny which appears you in the right place with the cosmic truth. 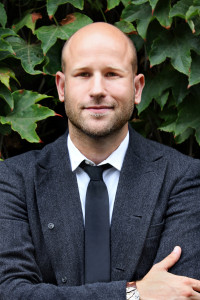 I AM AN AQUARIUS, PROMOTER OF THE HUMANITARIAN

Greg M. Epstein is the current Humanist Chaplain at Harvard University, and is author of the New York Times Bestselling book, Good Without God: What a Billion Nonreligious People Do Believe.

I found his soul purpose resides in the month of February under ‘Humanitarian’ energy. This could make you wonder why he became serious about restructure of a discipline of Humanist Movement and to promotes the idea of universal harmonic and to building communities for non religious(atheist). Note the sign of Aquarius like myself born in February and also rules 11th house of friends, wishes, goals and ideals where seeking to join together rather than religious violence and neighbors become enemies. On negative note, characteristics of Aquarius can be attracted to wrong friends and weird people or too independent. Tom cruise’s Scientology beliefs(group/cult) is perfect examples due to his  previous life experience stories in japan/scientist/futuristic/weird/group cult.

Russell Brand Blasts Tom Cruise For Failing To Recruit Him Into Scientology!

Whoever born in the month of February, may end up as an astronomer, an astrophysicist or work for NASA if downloaded heavy earthly sign located in natal chart that can not catch up spiritual astrological through the stars that manifestly recognized what’s difference between advance soul(water/air) and logical, rational soul(earthly) that really important to perceive an individuals with limited mental ability such mental restriction while other advanced mental abilities being able to pick up on things easily such intuition, sixth sense, or reflected the power of perceptive.

But I found something missing though, his findings are still logical and unperceptive through his Hidden Pisces(religious) is located in the Planet Mercury rules the critical thinking, communication, writing that lead him to studies Buddhism and Taoism while at Stuyvesant High School in New York City and in college went to Taiwan for a semester aiming to study Ch’an (Zen) Buddhism in its original language and context. Note He born with earthy logical  Mercury in Capricorn lead his curiously and concerned with original language and context of books where twelve zodiacal constellations or the signs of the zodiac are missed the celestial manifestation above the stars. Realized that Buddhism is such archives religious material such the Planet Neptune, and the water energy the vibrates and how we can draw the most religious poisoning energy. Neptune rules religious and music/singing/dance/illusion/escape from reality.

But his subconsciously driven is always search the truth(Aquarius energy) and finding that Eastern religions do not necessarily have greater access to truth than Western ones, he returned to the US and shifted his focus to rock music, recording and singing professionally for a year after college. Soon thereafter, he learned of the movement of Humanism and the possibility of a career as a Humanist rabbi and chaplain. There are no accident to become as humanist(Aquarius/Pisces) Rabbi and chaplain.

“And God said, Let there be lights in the firmament of the heaven to divide the day from the night; and let them be for signs, and for seasons, and for days, and years:” – Genesis 1:14 in King James Version of The Bible

Sad reality, Greg Epstein don’t see the truth out there. He have long way to go. He have been around too long……still missed the universal manifestation truth where the stars clearly in action to recognize how the stars pass over by the transition of the Age of Pisces into the Age of Aquarius. The Age of Aquarius movement in energy will force religious to reconnect with science phenomenon with hidden constellations in heavens, re-introduce the new image of God(stars). Stars are the key along with the creator in the relationship between the stars and the spiritual beings (human).

(CNN) — After two days of holding back my own feelings to focus on the needs of a community in mourning, what finally split my heart in two was scrolling through the list of donations to the fund-raising page for Celeste and Sydney Corcoran, a mother and daughter among the tragically injured at the Boston Marathon.

I can explain why. First Greg Epstein was born with a Saturn(fear) in Leo(love/children and Moon(emotion) in Leo(love/children) spiritual pride busyness and worrying too much about death, children or love. Saturn rules fear principle and Moon rules emotion response to life where located in the children/love/romantic/creativity sign of Leo, of course, his subconsciously thinking about fear of death and concerned the children.  Because Leo rules the heart. Leo rules rules, love, romance, children.

What is so disappointing to see people do, then, is blame the horrific and traumatizing events of this Monday on the godless, or on godlessness, as way too many on Twitter and elsewhere have been doing. As one young woman in our community said to me, “It’s hard enough to deal with senseless grief, but when people write things like ‘Why do people have to be so godless to want to kill innocent people?’ it makes me feel like I’m not safe either, like we’re being singled out for prejudice.” The only difference is, we are a community of atheists — a congregation of Humanists.

He born in Dragon Head(positive/lucky) in Libra and Pluto in Libra generation where his subconsciously driven is always seeking another for balance, harmony and peace. He is kind of “wake up” to reality from his experience and still want to promote the harmonic and to building communities for non religious(atheist) and religious through his huge heart(Leo) including his natal chat,the ruler of Aquarius energy too(Humanists)

*The intuitive mind is a sacred gift and the rational mind is a faithful servant. We have created a society that honors the servant and has forgotten the gift. We will not solve the problems of the world from the same level of thinking we were at when we created them. More than anything else, this new century demands new thinking: We must change our materially based analysis of the world around us to include broader, more multidimensional perspectives.”