This is so much more behind the logic of this interesting article that explains how to raise your child to become a winner. If you have children, you must know what secret that makes a winner behind his/her soul purpose with universal gift hidden in their natal chart, to know what house, sign and planet to determine that applies to your child in a lifetime.

Seriously, CNN needs to hire an astrological journalist to consult the unconscious writers who have no clue what causes for the child to get shined on with fame and fortune? The authors Po Bronson and Ashley Merryman who wrote that book, may not confirm for every child with different natal charts. Children cannot be forced or trained being born with cosmic destiny. Its much easier to get a cosmic vision by using 12 signs of the zodiac on a child to recognize the characteristic traits in nature by observing on a spiritual plane, not on a physical plane itself alone is impossible to find the real cosmic answer. it leads to the logical conclusion that is impossible to find the ways of how to raise a child to be a winner. 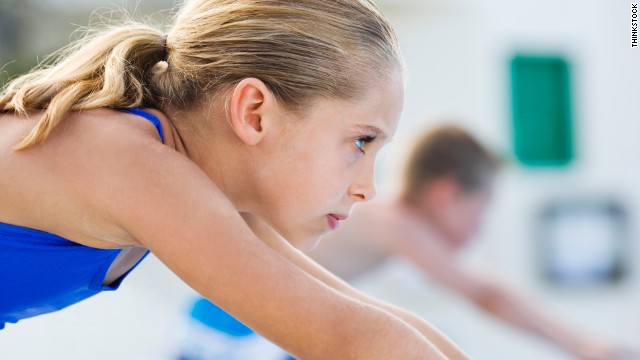 (CNN) — Authors Po Bronson and Ashley Merryman have made a habit of slaying the sacred cows of parenting in their writing on child development. The pair made headlines two years ago in “NurtureShock” — their first book together — in which they criticized the way many parents choose to raise their children. Bronson and Merryman have just released their newest work, “Top Dog.” In two interviews, they shared some thoughts with me on strategies parents should follow to best ensure their offspring are (broadly defined) winners, not losers. I imagine many parents will find validation in their advice, while others may argue their definition of success is far too narrow. Please use the comment section below to discuss your take. How do you measure your child’s success?

Q: You say parents have a common misconception about their role raising children. Can you explain that?

Bronson: Parenting is not just about safety and security. It’s about expanding your child’s comfort zone. For example, a child needs to know he or she is safe, but after that, it’s OK for a parent to make their son or daughter feel unstable. Meaning, children have to get used to the frustration and jealousy that come from competition.

BL Rebuttal: Note, Im one of many thousand childern who are ADD sufferers and, at the same time, with very strong curiosity, can be a mental challange in school, doesn’t always follow their rules. I always behave as a rebel since birth. But in sad reailty, unconscious parents easily believe, trust in the traditional academic education system written by men. Once you understood your Universal Celestial language to acknowledge that “ADD or ADHD” sufferers are controlled by the planet Mercury which rules by Gemini, that also has been ruled with the respiration, the brain, and the entire nervous system.

Q: What do you mean exactly?

Merryman: We have placed too much focus on the importance of comforting children. There are still too many soccer teams that don’t keep score and give trophies to every player. Kids aren’t fooled when adults don’t keep score. They know exactly who got what goal and who missed.

BL Rebuttal: In essence, The physical plane as they observe it with their own limited of five senses done to their “in-the-box thinking” is not possible to explain. There are so much astrological teachings with the childern behavior in a human nature by the magnetic stars. Also,  Parents have become gendered obsessed in our society today, where it lacks of spiritual perception on this little young girl/boy that has a hidden certain spiritual Mars within her.his body.

Q: Why is competition so important?

Merryman: Research says what makes an individual successful is the development of agency. Agency is that inherent belief in yourself — the ability to have a vision and know you can go for it. The alternative is to look over your shoulder to get your friends’ approval.

BL Rebuttal: Wherever your Martian’s spiritual warrior resides in your natal chart, you get automatically aggression to be motivated leader, competitive, fearless, courageous, or athletic in some sorts. Yes, children are born with martian nature, and it’s in the fire sign and masculine. Aries is attracted to dangerous endeavors related to dangerous sport. Many children are born under this sign. All due to their “daredevil” personality, Aries people are ‘doers’ rather than ‘talkers’. They are turbocharged, act first, not bother to ask or doubt. Leading with head is more recognized than any other sign of Zodiac, but your explaining leads to the logical conclusion that it is not possible to understand your child in first place.

Q: Not all children enjoy competition. Some kids shy away from it. What do you say to parents of these children?

Bronson: Parents can wire their children so they are ready to compete. One way is to make sure you never put your child in a competition they don’t have a fighting chance of winning.

Merryman: Competition is not just about athletics. Competition could be a science fair or a spelling bee. In any competition, parents can help their children by asking them the right, open-ended questions: Do you need to work harder next time? What could you have done to produce a different result? The most important lesson for parents is to encourage their children to work through challenges in a problem-solving way.

BL Rebuttal: Seriously, those new generations really need real spiritual food to find their celestial identities to understand themselves better, they are so different than their parents, as much as yours today. Genius can be located in Uranus aspect if your spiritual achievement with such manifestation that leads to raise your child to be a winner.

Q: What does that mean, though, for only children? Are they at a disadvantage?

Bronson: The simple answer is yes.

BL Rebuttal: No, the truth is everyone are not created equal. Everyone have their own kind in the universal gifts, talents and abilities somewhere within with a cosmic purpose, a cosmic destiny.

Q: Is there anything parents of only children can do to counter the vacuum of not having a sibling to compete with at home?

Bronson: Parents of only children should focus on group play. Instead of having one kid over for a play date, have two, or four, or more. This doesn’t mean parents always have to approach play dates this way. It’s not a rule they have to follow. It’s simply important to know about. It’s a great way to supplement what may already be working in a family.

BL Rebuttal: Recognizing them in the children behavior, those issues within a child is to detect in the stars that would make a good use as a scanning tool for any behavioral troubles or social skills by using sports,and many more for an outlet.

Q: What are some of the gender differences you’ve discovered? What do parents of girls need to know?

Merryman: Girls tend to develop friendships in pairs and believe relationships are threatened when there are winners and losers. Because of this, girls tend to play games that encourage taking turns, that foster sharing, that encourage feeling equal to one another. It’s especially important for parents of girls to make sure their daughters have enough competition in their lives.

Bronson: Girls can also get competitive experiences just by playing in groups at home. Instead of having one girlfriend come over to play, invite a few.

BL Rebuttal: They havent discovered yet, still is unknown the power of mars resides in her daughter who is able to encourage to challenge one another. Understanding, Not all of them have same martian nature reside in their natal charts.

Q: What should parents know about their sons?

Merryman: Since boys grow up in groups, they live in an environment that automatically encourages competition and differences of opinion and ability. The challenge with boys is that they’re overconfident and they don’t pay attention to the likelihood of being successful. They ignore odds. Parents can help boys by teaching them to understand competition better — that often winning will only come from working hard, not just showing up.

BL Rebuttal: They are still clueless about the power of mars that resides in his son who is able to encourage that challenge to one another. Understanding, your son may not challenging due to Venus aspect that weighs in that makes him to attract the cooking in the kitchen or become an aritst.

Q: Finally, to raise a “Top Dog,” what’s the worst mistake a parent can make?

Merryman: Doing too much for your kid and protecting children from failure.

Bronson: Parents who think they’re helping their children by keeping them safe from losing may be inadvertently creating kids who are less capable of competing as adults. Parents must allow their children to fail. Children should be given the opportunity to connect the dots between winning and losing and that winning takes effort.

BL Rebuttal: Best thing to do is introduce to the true meaning of the stars and divine essence of the celestial. Teach your child what it means to be human being with own personal astrological make-up that applied to raise your child to be a winnter.