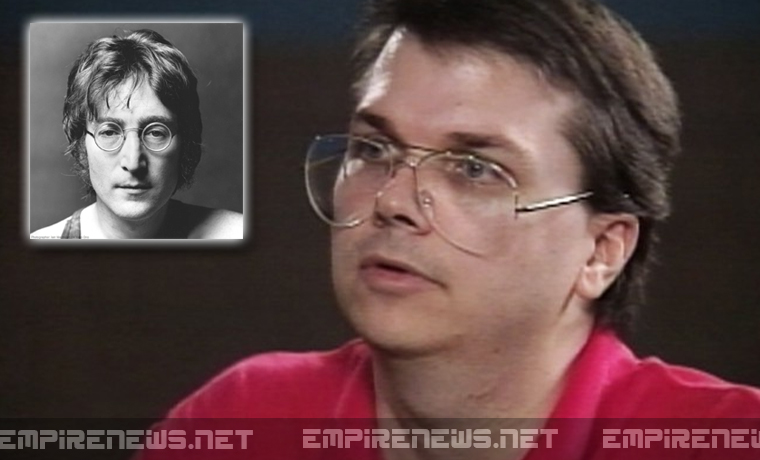 Inside the mind of John Lennon’s killer

Again, This non cosmic conscious writer/editor in article can only use his 5 logical human senses to explain about inside of mind of John Lennon’s killer while my cosmically channeling, it will explain more clear than this article.

Indeed, more than a dozen psychologists and psychiatrists studied Chapman in the six months really waste their time, energy and money on things which they have no cosmic clues what’s going on inside the mind of killer and just use their educated guessing on this issues is manifested disconnect the nature of our cosmic God/universe of reality so now the question is remain, how can atheist / agnostic / skeptical understand this pure essence of the cosmic messages above the stars or soul of cosmos yet with tons of guns around or no guns at all, none of those rational answers will work.

There is much more than what the eyes can see and what the experts “educated”mental health experts’ minds can perceive about our solar system spiritual purposes.

So Here’s my cosmic explain in order to help you understand where he come from and What’s his motivating force in the target to Lennon? Why?

Sun   19Tau03  (1) (self) Mark David Chapman (Taurus) and John Lennon (Libra) may seem as different as religion and spiritual, yet they are both ruled by the same planet: Venus. Both same share a love of beauty, luxury, love, music and romance. Venus ruled artistic sign emphasizing them to need for creativity and performance. Chapman played guitar himself. He had been a big Beatles fan, idolizing Lennon as same vibrate at the same speed of the singer. If you like Beethoven and classical music your natal chart vibrate at the same speed as him but turned against him after claiming to become a Christian; he was angered at Lennon’s comment that the Beatles were “more popular than Jesus.”

Moon   27Sag53  (8) (death) Moon rules emotion response in 7th house of other committed relationships, the public, known enemies, partners, opponents where it located in death and drama sign of Scorpio that manifested toward to Lennon’s death because of his religious belief, Sagittarius rules codification of thoughts (religious books). Chapman became angry at Lennon when he discovered he had proclaimed the Beatles “more popular than Jesus” in a 1966 interview with the London Evening Standard. Chapman, a devout Christian, destroyed Beatles record albums and “even said he changed the words to ‘Imagine’ to ‘Imagine if John were dead,'” McManus recalled.

Mercury     07Gem05  (2) (self-esteem) Gemini is dominated by Mercury is the planet of communication and mind but when he become depression or angry, it lead to paranoid schizophrenia via badly aspected by his Mars (destruction) conjunct Mercury (mental processes), the worst was to be expected.

Venus     19Ari04  (12) (subconscious) Venus rules love and beauty in 12th house of subconsciousness, secret and guilt over having an affair in the past. Aries rules violent feelings at his subconscious level is related to Lennon’s belief. He was fighting on behalf of religion beliefs (12th house).

Mars     19Gem45  (2)(self-esteem) Mars rules destruction in his mental processes and mind sign of Gemini. He kept talking about Lennon all the time. He kept saying he could not understand why John Lennon had said it.

Jupiter     24Can13  (3) (mind) Jupiter rules codification of thoughts (religious books) in 3rd house of his mental processing where it located home sign of cancer. He read the bible during quiet time at his home.

Saturn     17Sco46  (7) (opponents) Saturn rules insecure and fear in committed relationships, the public, known enemies, partners, opponents where it located in death and drama sign of Scorpio that manifested toward to Lennon’s death.

Uranus     24Can15  (3) (Mind) Uranus rules sudden release of energy produced by the shooting at Lennon.

Pluto     24Leo18  (4) (home) Pluto rules power in creativity, love, warmth, and leadership sign of Leo, He was very popular with the children, who nicknamed him “Nemo”. He won an award for Outstanding Counselor and was made assistant director.

MNNode     28Sag34  (8) (death) 8th house of death and drama where it located in religon sign of Sagittarius. He was fighting on behalf of religion beliefs again Lennon. He was angered at Lennon’s comment that the Beatles were “more popular than Jesus.”

MSNode     28Gem34  (2) His mind is not stable and restless which he loses touch with reality. Gemini (double personality) rules “Jack of all trades,” unable to focus and not clear the thought processes when he read the library book. Keep in mind, his Dragon Tail (negative) in 2nd house of values, resources, personal belongings, sense of self-worth, income is really conflict his interest in Lennon’s life. Chapman had later also been influenced by reading in a library book (John Lennon: One Day at a Time by Anthony Fawcett ) about Lennon’s life in New York. According to his wife Gloria, “He was angry that Lennon would preach love and peace but yet have millions [of dollars].” Chapman later said that “He told us to imagine no possessions, and there he was, with millions of dollars and yachts and farms and country estates, laughing at people like me who had believed the lies and bought the records and built a big part of their lives around his music.

BlackMoon     06Sag42  (8) (death) He is complicated in past life linked to the depth of religious doctrine, and authorities. Do anything for deadly motivations in the name of religion.