Gary Stein knew exactly what he was doing when he insulted the President, he was in the Corp for 9 years and full well knew the rules. I think he wanted out of the military and knew if he continued with this he would be kicked out. He then thought he would be able to sue the government for freedom of speech issues but it did not work out like that. He is a coward and a disgrace to all military members. Stein, you are not a Marine and I am glad you got discharged. He wants right wing fame due to his natal Sun(light), Mars(aggressive) and Mercury(mind) in Leo making him to stand up as individuals self-expression and encourages us to think without limitations and to get paid to bash people. Keep in mind, “Honorable serving” and “self serving” have nothing to do his DNA, only his spiritual chart that will tell you a lot about him. 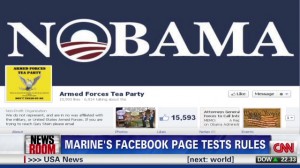 Washington (CNN) — A Marine who used his Facebook page to criticize President Barack Obama has been discharged, a Marine Corps spokesman said Wednesday.

Gary Stein was born(August 22, 1985) in California but grew up in Bullhead City Arizona. In 2003 he joined the Untied States Marine Corps and served in Operation Iraqi Freedom in 2005-2006. In April of 2010 he founded the Armed Forces Tea Party and since has dedicated a portion of his life preserving common sense Conservatism and the Constitution. Note Gary Stein was born with Dragon Tail(negative), Moon(emotion), Saturn(authority), and Pluto(power) all conjunct in Scorpio(drama/death/destructive criticism) making him speak with intensity, feeling and passion on Facebook, Stein had called president a liar, suggested he would not follow some orders that is reflect his the Lord of Luck, Jupiter (mental exploration/traveling) in Aquarius (freedom/independent/humanitarian) wants to make the world better for everyone and he don’t afraid to step back from Government to speaking up/new movement while his natal Venus in Cancer(emotional security) making him more security efforts to protect states against others like President. Sun(light) Conjunct Mars(aggressive/war) that is no accident for him to join Marine because Mars rules Army/Navy/Marine/Animals/Aggressive/War).