D.C. CHASE AND KILLING: WHY? It is said that the investigators found the document of mental health paperwork and medication. Miriam Carey, a woman killed by a police after a chase near the White House, may have been on medication to treat mental disorder. Obviously, this woman may have had an out of control with a strong desire to escape the  reality. Many don’t know that she was suffering from a very bad postpartum depression.  Her reaction may have extremely high anxiety driven that may be found in contest of natal chart, but a sad fact, Doctors still do not know why some women have deep sadness / depression and anxiety in the weeks or months following birth and many others do not know what’s going on with depth behind “mental illness” related to the stars.

Unfortunately, imbalance Neptune (Poseidon) tends to lead to all mental disorders. Wherever the sign of Pisces (religious poisoning), a Pisces rising(legal/illegal drug) and the Neptune of schizophrenia / depression / addicted to chemical are located in the natal charts, a very common “disease”. This is metaphysical essence related to “cosmic disorder” that no one understands beyond the tradition science / psychology / religion  unless you  are strongly curious and open-minded. you would continue to explore and discover the truth.  Really, this is all you need some explanatory in great details of how and why with her natal chart, not something you can find information from the doctor or physician or modern science information where it can offer you a definite answer.

Did cops have to shoot to kill?  What is postpartum depression?

Legal or illegal drugs are everywhere on the streets and even in doctor’s office. In reality, this is an absolute easiest way to find , smoke or take pills. That will lead to depression or end up with a short life because Neptune is an unrealistic planet. Neptune is dramatic part of life, easily suffer from depression. Neptune rules alcohol, drugs and prescription drugs that’s main reason why it’s all lead to strong desire to escape the reality. 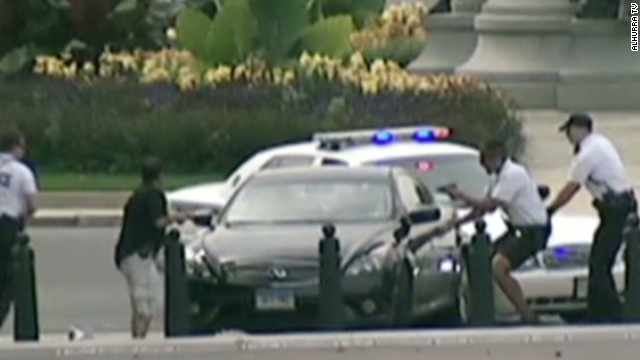 Washington (CNN) — Authorities investigating why a Connecticut woman rammed barricades and led police on a chase near the U.S. Capitol found medications in her apartment to treat schizophrenia and other mental disorders, a law enforcement source briefed on the investigation said Friday.

Note Miriam Carey was born on August 12, 1979 in Brooklyn, NY. She was born with Dragon Tail in Pisces(depression/drugs), also located in hidden Scorpio(death/self destructive). Navy Yard gunman Aaron Alexis shared the same depression where it is located in the Tail of Pisces (depression/drugs).

Many investigators have no clue of what the Universal Mind is all about and still puzzle what’s going with her/his depression. She has Mars(desire) in Cancer, a strong emotional energy and depressed around the holidays–traditional family time. Cancer rules security, emotional, family that is main reason why she needed emotional and support and close family and loved ones,  but she did not deserve to be blown away by a hail of police bullets after the chase in DC.