(CNN) — Help for a woman who was distraught and uneven, having driven to Florida to get away from her husband. Who had gone, at her sister’s urging, to a hospital only to sign herself out earlier in the day. A woman who was “talking about Jesus and that there’s demons in my house,” her sister said on a 911 call.

We are often told that the sign of mental breakdown that automatically called it a “mental illness,” except the astrologers knew about the cause for over the centuries through the astrological analysis. So now you see the cost of $1.2 million dollars bond spent on prison, court, psychology where the money spends on prison-industrial complex. That is actually their intention to make economic in that system.

In fact, This women needs universal mental help not to be put in an overcrowded prison. Without universal mental evaluation through astrology before starting a family with children may be a big mistake or have precaution and aware of weakness. Many confused ones seek for a religion, or atheist society, or get addicted with “substance abuse” of drugs and alcohol for varied and complicated Neptunian reasons, but it is clear that our dumb-down society pays the price for ignorance with prescriptions and all of other methods with costly fees to numb the inner issues.

Same applies to an ignorance NASA fans who continue donating the trip to Mars and continuing believe to live out there one day in order to get us to put colonies on mars and the moon and space exploration which it doesnt need wasting money on man-made/atheist experiments.

Astrological evaluation through the natal chart is a very important. The divine reason behind everything has to do with this mental issues like this woman was “talking about Jesus and that there’s demons in my house,” her sister said on a 911 call. Note, all energies, actions, thoughts, feelings of the human mind originally comes from with the connection to all the bodies to our solar system including with the spiritual principle.

The curiosity Age of Aquarius has taken the long process, but in a long way to get there where it gets all figured out. Universal communication via internet already has a wide variety of opportunities to learn outside of our traditional and religious classrooms, but facing the biggest battle between the poisoned- mind(faith/illusion) and instinct intelligence(truth/fact) because there is no cosmic leak to reveal the universal truth of astrology in their classroom that led people into deception of the dark truth while others continuously expose the truth over and over.

Start with her full DOB, Ebony Wilkerson was born 5/9/1981 and She was born with the power of emotion response of Moon that is located in the emotional sign of Cancer, you may see her manifestation of “bipolar disorder” as moody and emotional has really overwhelmed her.

With her mental processing of Mercury that is located in Gemini, you can see her manifestation for not thinking straight,she never finishes what to start and she loses interest such as “Attention Deficit Disorder”. 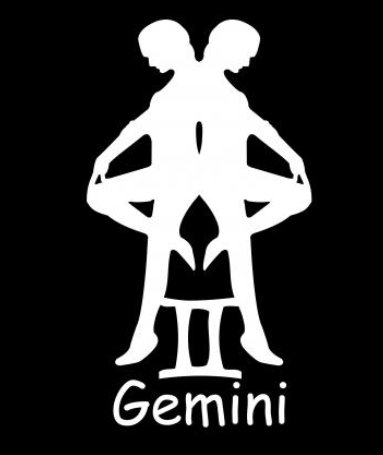 Her Saturn(fear/limitation) in Libra(relationship/marriage) may not get into relationships easily and causing problems with her relationship. Remember, She was born under constellations of Taurus- Month of May and with Moon in Cancer  that needs security, love and romance just as a manifestation that she has overloaded financial security and protected her children and financial in order to stay away from her “demons” in her house, but why she made a sudden, destructive unpredictable action?Last year, her process of painful struggles apply to previously Taurus/Scorpius Dragon and  currently Libra/Arian Dragon to take an impact upon acting subconsciously and changing her behavior towards to his children, not only that…

“And God said, Let there be lights in the firmament of the heaven to divide the day from the night; and let them be for signs, and for seasons, and for days, and years:” – Genesis 1:14 in KJV of The Bible, found with astrology knowledge within higher spiritual souls that can automatically understand the secrets of cosmic universe from the darkness to the light.