The stars of tragedies seems to follow this family of generations, Firstly, Malcolm X’s father was killed by the white supremacists, then Malcolm X was assassinated by racism group, again, Malcolm X’s grandson was tragically killed at the wrong place and time through the  rage fight. This is a young man who did not realize of his full potential risk in his future of misfortune.

Malcolm Shabazz, a grandson of Malcolm X, who was born with a very deadly poisonous natal chart where it follows his deadly fate that ends with a doomed-life. Yes, His life was doomed, like many other young men, for example, Tsarnaev brothers who were willing to die in the name of  Islam. The effects of the Age of Pisces have been poisoning the children’s minds,  raising the matter with their own religious deception parents have failed(Malcolm X generation).  As a result, the organized religions don’t give it a chance in raising the awareness of  the Divine’s celestial rules to help in recognizing oneself, feel immediately connected with highly spiritual cosmic language with 12 signs in zodiac of the universe,  in order to gain a better understanding with the human mind/behavior clearly as crystal.

A $1,200 bar tab bill ? What were they drinking? Wait a minute. Muslims don’t drink alcohol. Yes, the deadly Neptune took his life without realizing how serious it can affect his life. Can you see the spirit, the signs and the stars all over? And of course, you would really like to know what was happening with the money issue that was supposed to be paid for his drinks. They could have been saying things about him, around him, smiling in his face, but at the same time plotting against him – not a conspiracy theory,  folks – a cosmic reality due to dangerous cosmic behavior.

Malcolm Lateef Shabazz(October 8, 1984 – May 9, 2013) was the son of Qubilah Shabazz, the second daughter of Malcolm X and Betty Shabazz. He was the first male descendant of Malcolm X. In 1997, when he was 12 years old, Shabazz set fire to the apartment of his grandmother, Betty Shabazz, caused her death.

You know how it is going of a dark side in Mexico City where it’s filled of strip clubs, brothels. Walked into a place, helped himself to plenty of boozes, drugs and prostitutes.  Then the bill came. $1200, por favor. Resisted to pay,  ran his mouth to the wrong people got beaten up, and killed by the gangs. What he doesn’t know about himself is that he was born with Moon in an illusion/deception/drugs/jail sign of Pisces. He had no control himself without natal chat guide to avoid the “addictive illness”-  harmful as drugs or alcohol, they too can be abused or ended up becoming deadly religious extremists. Worse part is that he was born with Pluto generation in deadly Scorpio where a conjunction with Saturn(fear), Venus(vain), and Dragon Tail(karma) in deadly Scorpio right into 2nd house of money in his natal chart. That’s weakest cosmic in him when it comes to with money issues. Keep in mind, Scorpio is famous for destructive, drama and death where he got  snapped out at the wrong place and wrong time. 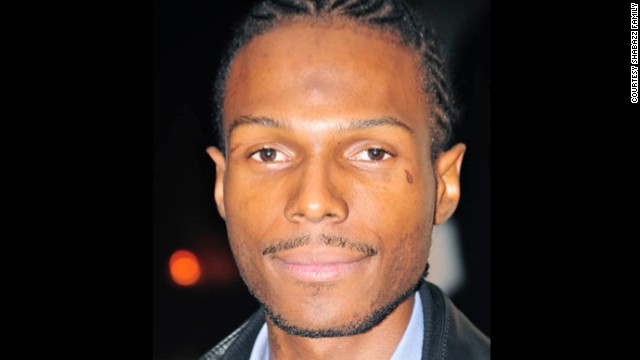 (CNN) — Two bartenders have been arrested in connection with the killing of the grandson of civil rights activist Malcolm X, according to the office of the Mexico City attorney general.

An argument ensued when the staff said the bill was $1,200. Shabazz was beaten while another man was threatened and stripped of his belongings, Rios said.

Shabazz, 29, was transported to Balbuena General Hospital, where he died of his injuries later Thursday morning, police spokesman Octavio Campos said Friday. The attorney general’s office said his injuries were caused by a blunt object and included brain trauma and several broken bones.

Prosecutors said there was no video of the killing because several cameras had been moved and others appeared to have been turned to face a wall.

Police are looking into the actions of other people that night, the attorney general’s office said.

The incident took place at Plaza Garibaldi, a rough but famous patch of Mexico City known for its mariachis.

“To all who knew him, he offered kindness, encouragement and hope for a better tomorrow,” the Shabazz family said in a statement Friday. “Although his bright light and boundless potential are gone from this life, we are grateful that he now rests in peace in the arms of his grandparents and the safety of God.”

A U.S. State Department spokeswoman was aware that a U.S. citizen had died in Mexico but declined to comment further.

“I was saddened, stunned, shocked, to read about the murder of young Malcolm,” former Georgia congresswoman Cynthia McKinney said. The former lawmaker had taken Shabazz under her wing, and he had traveled with her to Libya.

“Many of my closest associates have personal memories of their time with him and of his efforts to reach out to them for help,” McKinney said. “He was writing a book.”

In 1997, Shabazz — then 12 years old — was convicted of the juvenile equivalent of second-degree manslaughter and second-degree arson for setting the fire that killed his grandmother, Betty Shabazz, in June of that year. During his sentencing, a psychologist described him as a chronic fire-starter and a paranoid schizophrenic.