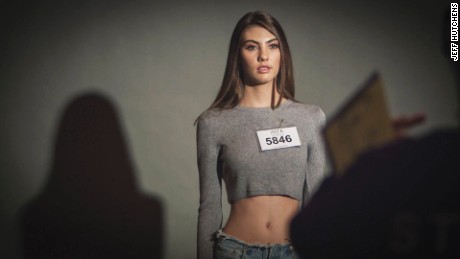 Not all young children born to be fame and fortune esp. Kim Kardashian or Gisele Bündchen who born with Dragon Head in Leo (famous and fortune) is already written in the stars. She can handle with being in the public eye or in the world of fame. She owned the stage such a love of children, education, fame, power, freedom and the light.

Money, wealth, success and fame don’t make you feel happy unless you born with “sun-shine” like all the leonine qualities such as correct cosmic tools from the stars.

Those who can NOT handle with fame and fortune with Dragon Tail in Aries (afraid of new people/alone/insecure/low self-esteem/self centered) like World-Famous Instagram Model Essena O’Neill Quits Social Media. Editing her Instagram posts was O’Neill’s “wake-up call” to everyone who follows her, she said. “It’s not real life,” she said in a video on her website.

Billboard Cover: Justin Bieber Says ‘I Was Close to Letting Fame Destroy Me’– Justin Bieber born with Dragon Tail (negative) in wealthy sign of Taurus, He is not enjoy with being in the public eye. Taurus are private people like him. He’s completely out of touch with reality cosmic code via the stars divination connection, but serious need of spiritual regeneration.

The sad reality the divine cosmos / the soul of cosmos (planet’s energies) still mysterious to the majority of human beings like others celebrities who non cosmic consciousness are handled and carefully used by the Plutonic born hollywood Illuminati endlessly thirty for control, wealth and power.

Blame it all on the religious, scientific and hollywood entertainment conditioning manipulated for misleading or neglected the light of science via stars.

A physician without a knowledge of Astrology has no right to call himself a physician” – Hippocrates (ca. 400 BC).

MUST check your natal chart before enter to fashion model world through social network for models, photographers, fashion agencies etc…for your safely and guide than feel sorry due to depression or suicide.

How can everyone’s limited perception of the infected lost soul unable to read the stars as signs to use for translate as safely and guide for Sam Sarpong or Justin Bieber?

if you don’t know your soul of cosmos or nobody told you who you are, where you come from, impossible allowing yourself to work in harmony with the stars / divine cosmos that lead to the fear of unknown, depression or suicide. you are completely out of touch with reality cosmic code via the stars divination connection, but serious need of spiritual regeneration.

I hope children will stop being exploited for the sake of television fashion, magazines, culture, religion or entertainment purposes and instead be protected. All children will grow up healthy, loving, safe and with a solid cosmic consciousness education that start with their parent in early age home.