Irish actor Liam Neeson has revealed he is considering giving up on his Catholic faith and converting to Islam. The Hollywood star, 59, was recently filming in Turkish city Istanbul and became fascinated with the muslim faith during his stay.

RICH AND FAMOUS BUT IGNORANT. He’s so deceiving himself into believing Islam is a better religious than Catholic Faith that motivates him to do good works and grow his good spiritual. It’s amazing how unconscious he is and so lost in his own little world where he feel empty and falling for a false religion. The challenging Dragon’s Tail will impose a restructure of his mental processing where he will be driven to adapt his negative thoughts and forward to see for better lives.

“There are 4,000 mosques in the city. Some are just stunning and it really makes me think about becoming a Muslim.” On his Catholic beliefs, he said: “I was reared a Catholic but I think every day we ask ourselves, not consciously, what are we doing on this planet? What’s it all about? “I’m constantly reading books on God or the absence of God and atheism.”

Note he born in June 7, 1952, and also His Moon in Sagittarius(religion dogma/law/bible/foreign lands/foreigners) may make him a pious man and also His Jupiter(dealing with Foreign lands) in 12th house. 12 houses rules Neptune’s deceiving powers taken his life to considers give up his old belief turn to new one. He can not auto-analyzing himself that resulting of lack of cosmic awareness is similar with Madonna’s interest in Kabbalah and Tom Cruise’s become a Scientologist. 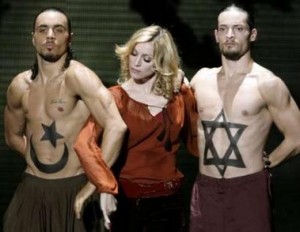 Madonna just looks like such a lost soul where Neptune’s deceiving powers taken her life. 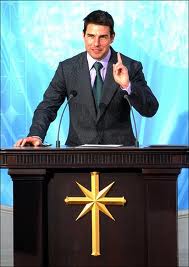 Tom Cruise’s cross around his neck will not save his lost soul where Neptune’s deceiving powers taken his life.

REACH FOR GOD IN THE HEAVENS ABOVE