The Dragon’s Head in Scorpio (police/secret service agent/prostitutes) will bring to light every secret thing in darkness that have been highlighting this scandal for Aug 2012 till 2014 and the reason for you need to understand the Plutonic energy rules Sex, Money, Secret Service where it exposed all what is hidden in darkness to the light that will rebirth again with new security where it will restructure itself as Scorpio in a new universe life and that’s freaking obviously harmonic learning experience in the stars and providing them to used as signs, and for seasons, and for days, and years. Sad reality, the police did not receiving stars guidance which it’s “clearly the biggest scandal in Secret Service history,” Kessler said 12 agents are accused of involvement in the prostitution incident. That’s result of losing a job and sent them a home. 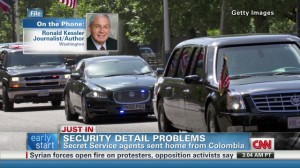 Cartagena, Colombia (CNN) — A group of Secret Service agents and officers sent to Colombia ahead of President Barack Obama were relieved of duty and returned home amid allegations of misconduct that involved prostitution, according to two U.S. government sources familiar the investigation.

They were there as representatives of their country and as such, should understand what is and isn’t ok while representing their country. As agents of the Secret Service, they should know better. This country is becoming more and more of a joke to the rest of the world because of prostitution incidents like this. What does it say about the US when The Dragon’s Head in Scorpio (police/secret service agent/prostitutes) will bring to light every secret thing in darkness while professional Secret Service agents act like this?

Aren’t these gentlemen fine representatives of our country? Oh please they are human beings …just like us act the robot of the stars without becoming aware of the meaning of the universal’s sign where it spoken to them…. And most of the agents on this trip were reportedly involved and many were married. Keep in mind Scorpio loves sex, scandal, money and power. I don’t care if they were off duty or not! Given their positions, they disgraced our country due to unleash their plutonic energy to sex. I hope their wives slap them with divorce papers and that they lose their jobs. That is really important for them to receiving stars guidance which it’s providing them be used as signs, and for seasons, and for days, and years- Aug 2012 till 2014.