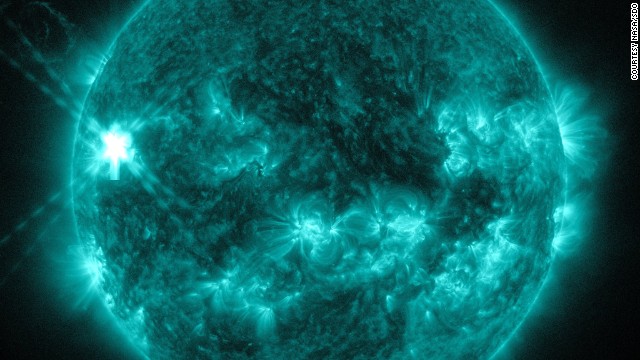 “Earth’s atmosphere usually protects us humans, but you might want to keep a flashlight handy. Solar storms can knock out power, interfere with GPS and radio communications — including those on commercial airliners — and they can damage satellites.”

This is type of non cosmic consciousness meteorologist and astronomers don’t have no clue about mercury retrogrades. Only Mercury retrogrades heading toward earth not solar storm. OMG! If his intellectually lazy or have a lack of critical thinking ability or never pick up the cosmic books?

Many Space weather experts and CNN Meteorologist Chad Myers can not explain anything about cosmic spiritual education via mercury retrogrades, but only according to his logically explain what giant burst of radiation called a coronal mass ejection, or CME if you read my old memo with a great examples and explanation from the past of Mercury retrogrades.

” Space weather experts aren’t sure yet what this solar storm will do.” This is a pretty strong solar storm and we just won’t know until it gets here” what it will do, said CNN Meteorologist Chad Myers.’

Here’s my documentation is full of examples of how to use and published “predictions” using modified software.

Mayweather: No pictures, no proof