Amanda Michelle Todd (died October 10, 2012) was a 15-year-old Canadian teenager who committed suicide attributed to cyber-bullying through the social networking website Facebook. On 7 September 2012, Todd posted a video on YouTube in which she used a series of flash cards to tell of her experience of being bullied. 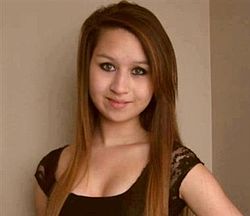 I must explain a little about her fate through her stars and read this Universal transit manifestation for the current event of committed suicide. First of all, There will be no end to bullying until bullies face REAL consequences for their actions. Nothing changes behavior like consequences, and too many of these kids face nothing but the best and safest thing is to keep teaching God’s cosmic manifestations more teenager/parent will pay attention to God’s signs and cosmic tools. Parents would step up and take more action to stop it as well if their Plutonic bully kids say something that cruel to her/him and must understand fully related to moon’s functions and effects on us because it can affect teenager’s consciousness and behaviour. Parents need to stop turning a blind eye and thinking their bullying kids are perfect and start being held more accountable for their Plutonic children bullies.

Amanda Michelle Todd was born on 11/27/1996 given her the following planet placements:

In her second house (money, self-esteem, material possessions) that applies to a conjunction of three planets- Sun(fame), Mercury(mind) and Pluto(Problem) which manifests herself as self esteem isn’t at a very healthy level due to her experience of being bullied. Her natal Sun in Sagittarius, which gives her the soul purpose of dealing with foreigners, traveling, and manifests publishing to YouTube, something she has moved into public broadcasting where she must go through life. Sagittarius rules over truth and is also the half horse creature and half man. She definitely has been known for being wild, but Moon(emotional response to life) in Cancer(sensitive/moody/emotions) in 8th house of death, having a tendency to feeling left out or unloved. She can’t let go of the past and hold back to her memories and subconscious mind wants suicide over bullied. She also has mercury (communication) in Sagittarius, which makes her truth in her speech; followed with Uranus (sudden release, eccentric, weird, social network) in Aquarius where teen began to get attention on the Internet from people that she did not know.

Again, The main problem with her self esteem is applied to her natal Saturn(fear) in Aries(self) and Dragon’s Tail(negative) in Aries(self)that she is afraid of making new friends in school. She is self center with no values idea involving others and a low self-esteem. That’s not easy thing to learn herself and she have to learn how to deal with it, but Dragon’s tail in Aries will end up a short life if lack of social support systems at school. This Universal transit manifestation to Scorpio make a big impact to many lives including Amanda Michelle Todd because Scorpio rules death/bullies/criminal/suicide/Nude/Sex. Yes, People who told her she was beautiful, stunning, perfect. “They wanted me to flash. So I did one year later,” the cards said.The teen then got a message on Facebook from a stranger who said she needed to show more of herself or he would publish the topless pictures he had taken of her. The Star’s manifestation in action while with hundred of thousands commenting that have no clue about being bullied and her fate through her stars.