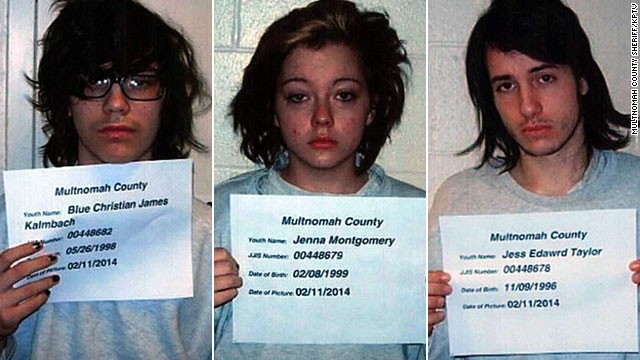 (CNN) — Three Portland, Oregon, teens are accused of luring a classmate into a shed, hitting him in the head with a crowbar, shooting him with a BB gun — and then using a box cutter to carve a swastika into his forehead.

Here is the chance to investigate this crime cases to use the astrological analysis in order to understand why swastika assault.

Blue Kalmbach often threw around terms like “gay” and “Nazi” and who was accused in court documents for the carving the swastika on Dustyn Murrain’s forehead. Note Being a Taurus born on May 26th,  faces the world as deadly sign of Scorpio. His “Hitler’s” spirit enters his subconscious in 12th house and attack to trademark the forehead of the swastika into 6th house of body. His Gemini dual personality, often is a smooth talker that bailed out two evil kids involved in bullying to lure the 16-year-old victim, Dustyn Murrain.

Jenna Montgomery was born in February. of course, Aquarius rules friends and wishes. She was born with Moon in deadly sign of Scorpio and Scorpius Dragon that has shown her subconsciously, who wanted to be involved with two guys and victim. Montgomery told police detectives that she was the “bait” to lure the 16-year-old victim, Dustyn Murrain, to the shed where the alleged assault took place.

Jess Taylor was born under the month of November- deadly sign of Scorpio plus born in Dragon Tail in Aries (‘Nazi” past life). He will do anything for two evil kids as a ‘service the world’.

Kelli Murrain, the victim’s mother and police detectives have no idea what’s going on with “Hitler’s spirit” that enters the children subconsciously to hostile, aggressively influence and produce as a starter.

As result, they were sent to the prison is not the answer, as it does nothing to help, but to breed more criminal behaviors over and over. Although, to send them to counseling, rehabilitate them as it may not cope, but with over-medicated prescriptions to many children that may lead into  zombie zone with those deadly pills rather than to be a free spirit as meant born to be. Our prison system is a joke, a revolving door. Nothing good ever came out of prison. If we follow  up with the criminals once they’re out of prision in less than 5 years or 10 years. They are again involved in another violent crimes, do we repeat the process through the therapy and education? Actually, the weak critical thinking skills need to build strong cosmic conscious in order to teach the children what/where they come from.

Humanity is not doomed yet, but use your common sense. Going back to writings of Nostradamus’ work with many cosmic sources through the words of Star guide to get a clue, but sad fact, every generation feels the young generation is going to hell to take over  the world and create more cowardice in the society. They dress immorally, listen to garbage music, don’t listen to adults, lack respect for their elders, lazy, and morally bankrupted. By nature, the majority of any human population are followers, they can’t help themselves. These same people would follow the nazis if they were in power, because that’s what they do, follow.

Those new generations need real spiritual food to find their identities, they are so different than their parents, as much as yours today. Do you think bible have offer an answer what it means to be human, his hidden intelligence abilities or OCD, ADHD and depression? It is easier to build strong cosmic conscious children than to repair and find solutions for educated skeptics, atheists, agnostics men. Astrology knowledge will guarantee to bring universal understanding, peace, harmony to one another. 12 Divine Cosmic is the key.

Imagine for a second what I could invest for your future kids with the $500,000, or $500,000 million invested in my astrological schools instead of bringing it right back into the same pockets of this selfish greedy lying manipulative, uncooperative bullheaded “educational” system? 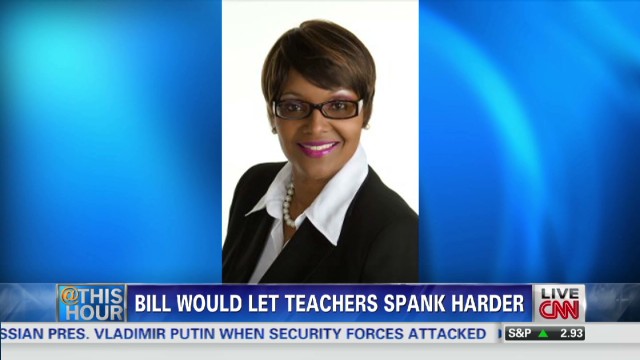 (CNN) – A Kansas state lawmaker, Gail Finney says a bill she’s introduced that would give school teachers and caregivers expanded rights to spank children is not “intended to legalize child abuse.”

Gail Finney (born August 16, 1959) is an African American Democratic member of the Kansas House of Representatives, representing the 84th house district. She has served since 2009.

Kansas lawmaker pushes spanking bill is obviously absurd. Gail Finney wanna give a teacher or caregivers role to physically punish a child. Note Gail born in Sun in Leo, of course, children. With Saturn in Capricorn, she is ambitious and hungry for power, but very cold and unemotional toward to children. Her Dragon Tail (negative) in Aries, her subconsciously, prefer rough and tough over the children as physically punish a child. All about her subconsciously act/motivate from her natal chart but my question.

How does this accomplish anything? Why are people in this country so obsessed with legal punishment system? One is a must look at our prison system that shows it obviously isn’t working. We really need to start looking above the stars”discipline” if we want to change the direction of our new spiritual education.

Is this License Plate Racist?

This is the power of manifestation, which is produced by Arian Dragon. You might want to double check my credentials in order to re–evaluate your spirituality. Instead of being so negative and show ‘racism. Best for you stay in Dragon Head in Libra- harmony, justice and peace.