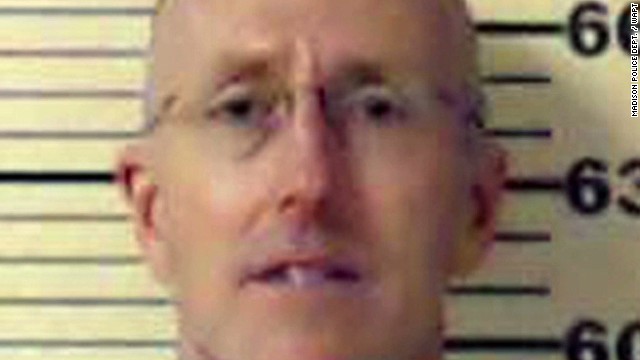 (CNN) — A tea party leader tied to alleged political dirty tricks that rattled Republicans in Mississippi and beyond is dead — shot once in the head in an apparent suicide, according to police.

I don’t have Mark Mayfield, a tea party leader fully DOB to show his cosmic identify, however Republican dirty tricks are very a clever or skillful action or movement, but it’s not work at all because the stars don’t care about your political and your religious beliefs. The planet Pluto has important things work to do, offers serious wake up and will bring your secret to a light. McDaniel says ‘hundreds’ of irregularities found in Mississippi race is also part of the currently transit of planet Pluto in Capricorn. Capricorn rules traditionalism , politics, the structure of organized religions and the government. Capricorn rules snobbery, wealthy and politicians. Capricorn wants to make money and gain recognition within the state voter populations- This is the single nastiest campaign fight in Mississippi.

According to Wikipedia, Thad Cochran was first elected to the Senate with a plurality of the vote in a three-way race in 1978. He has been re-elected with at least 61% of the vote ever since, in 1984, 1990, 1996, 2002 and 2008. He is being challenged by State Senator Chris McDaniel, a Tea Party supporter, for the Republican nomination. During the primary election, Senator Cochran and State Senator McDaniel received 49% and 49.5% of the vote respectively. Since no candidate received over 50%, there was be a runoff to determine the Republican nominee on June 24, 2014. Cochran defeated McDaniel in the run-off election.

William Thad Cochran (born December 7, 1937) is Sagittarius Sun Sign. Sagittarius rules the planet Jupiter is the planet of luck and good fortune. What’s more, He born with Jupiter (lucky) in Capricorn (public standing, career, political), that’s why he never lost the election ever and he has strong desire for a power of position for a long time since 1978.

Chris McDaniel (born June 28, 1972) is under constellation Gemini and He born with Jupiter (lucky) in Capricorn (public standing, career, political) is clearly that He won in first election however McDaniel received 49.6% and incumbent U.S. Senator Cochran received 48.9%, forcing a June 24, 2014, run-off election BUT McDaniel lost the run-off taking 49.1% of the vote to Cochran’s 50.9.

(CNN) — The arrest of a man who allegedly obtained an image of a senator’s bedridden wife has shaken up an already intense Republican primary battle in Mississippi. Political blogger Clayton Kelly was arrested Thursday, accused of exploiting a vulnerable adult and illegally and improperly obtaining a photo of her without her consent for his own benefit, according to the Madison Police Department.

Using Astro-psychology, I can able to expose his intention, motivation behind secretly photographed residents of a nursing home in order to use this photo as dirty tricks or truth-telling which it’s meaning his “political strategy” is intending to blow up the rumor that Cochran is having affairs while his wife was receiving care.

Kelly born with Moon (emotion response) in Gemini (communication) needs a lot of intellectually stimulation to keep his interest in political where it located in 11th house of friends, wishes, internet blog, social issues and republican candidates social media. The planet Mercury rules the sign of Gemini rules fast, nervous, talkative, communication, and double form of personality which it’s obviously, he have a power of communication; radio, language, sales and strong connection to photography where he decided to pursue the Republican Senator Thad Cochran’s past life story.

With Saturn the great malefic planet rules fear and in Scorpio (power) He’s so frightened that long-time power of political is unable to move or quit, Republican Senator Thad Cochran, who has served in the position since 1978, is running for re-election to a seventh term. He feel must uncover the truth to what happened to Thad Cochran was having an affair” with a longtime staffer, at which time he decided to pursue the story.

Of course, With Dragon Tail (hidden motivation) in Scorpio (drama/secret/sex) lead him to to seek the mysteries of life and leaking secret information and obsession with life’s dark side and digging into a Republican Senator Thad Cochran’s past.

However His natal Sun (light), Mercury (mind) and Mars (desire) in Leo (fame/ego/stage/attention) is opposite direct to the planet Jupiter rules publishing, travel, broadcasting and telecommunications which Kelly used the photo to publish his blog and radio show and to “further his journalistic career” where it located in shocking, rebellious, freedom, breaking the rules sign of Aquarius in 7th house of public, open enemies, partners, opponents, and others- He shakes up Mississippi Republican primary- the bizarre scandal that could tear apart the tea party’s best hope for a primary win.

The Leo/Aquarius axis defines several types of creative individual expression, craves appreciation, attention and concerned with or seeking to promote human welfare. Kelly clearly should have talked with a lawyer before taking the pictures, or at least before posting them online However, It would be easier if someone in Kelly’s position could resolve the legal issues quickly and with finality without risk of felony charges.

Sad facts, Republican don’t know much about themselves as the soul of the cosmos as result of make a stupid mistake and committed suicide.