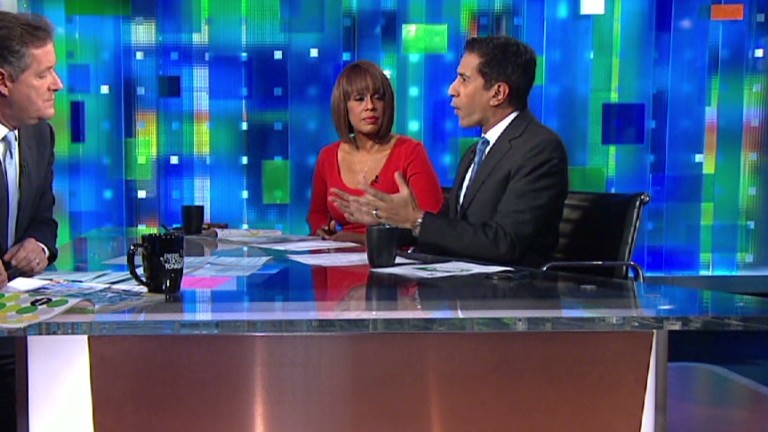 Dr. Sanjay Gupta and Gayle King talk about the Science of Loneliness and why Gupta wrote up the study for O Magazine

‘The Cosmic science of loneliness’ can be found in the location of Saturn(fear/limit/depression) and Dragon Tail(struggles/negative) due to lack of do something and with bad habit. For example, My Saturn(limit/fear) in Leo(self- expression) my subconscious clearly wants to be the leader. I have a lot of creative talents, but find it difficult to express it. Saturn has blocked me, but surely in process at a  very slow pace and my bad habit is lack of patience due to my dragon tail in Impulsive Aries.

Usually, the loneliness comes out of a dog-eat-dog society set up by harsh reality of the physical world without connection with truly divine cosmic identity where it needs to re-analysis and re-connect him/herself again spiritually.

Oprah Winfrey, Gayle King and Dr. Sanjay Gupta know nothing about connecting to cosmic science via loneliness issues related to many unsolved mysteries cases that must introduce new divine cosmic consciousness in order to understand what’s going with new science of loneliness- the planet Saturn rules restrictions, limitations, caution and fear principle that resides in your natal chart, you will feel blocked or restrictions or subconsciously fear in some areas.

Saturn in Gemini- subconsciously fear with communication ability and learning disabilities may difficult.

Saturn in Cancer- subconsciously fear with dependent on others, freed from fear or anxiety in order to love oneself.

Saturn in Leo- subconsciously fear of public speaking and performance anxiety and limited sense of humor.

Saturn in Libra- subconsciously fear with rejection and losing their relations of others.

Saturn in Scorpio- subconsciously fear with lack of power, and treat unfairly

Saturn in Sagittarius- subconscious fear to expand their mind outside of religions.

Saturn in Capricorn- subconsciously fear not being recognized for their efforts.

Saturn in Aquarius- subconsciously fear to social awkwardness and be a loner socially.

OCD and ADHD: Is There a Cosmic Connection?

You might want to double check my credentials in order to re–evaluate your spirituality via your natal charts. Instead of subconsciously in fear to show the bad habit in order to ride on dragon head- positive step forward and free from fear or anxiety in order to love oneself.

The curiosty Age of Aquarius has taken the long process, but in a long, long way to get there where it all get figured out. Universal communication via internet already has a wide variety of learning/listening/conversing/questioning opportunities outside of our traditional and religious classrooms, but facing the biggest battle between the poisoned- mind(faith/illusion) and instinct intelligence(truth/fact) because there is no cosmic leak to reveal the universal truth in their classroom that led people into deception of the dark truth while others continuously expose the truth over and over.

“And God said, Let there be lights in the firmament of the heaven to divide the day from the night; and let them be for signs, and for seasons, and for days, and years:” – Genesis 1:14 in KJV of The Bible, found  with astrology knowledge within higher spiritual souls that can automatically understand the secrets of cosmic universe from the darkness to the light.