There are so much astrological teachings what it means to be human being in a human nature. Sad reality, People have become gendered obsessed in our society today, where it lacks of spiritual perception on this little young girl that has a hidden certain spiritual Mars within her body. The Planet Mars rules Lord of War, aggressive energy, action, and desire that rules under the impatient sign of Aries. I wish i knew her DOB where I could expose her to explain what makes her with a soul purpose to become a football player. Too much teaching, not enough learning. Sad enough, we have busy lives to be distracted ..Too many Talking heads out there… 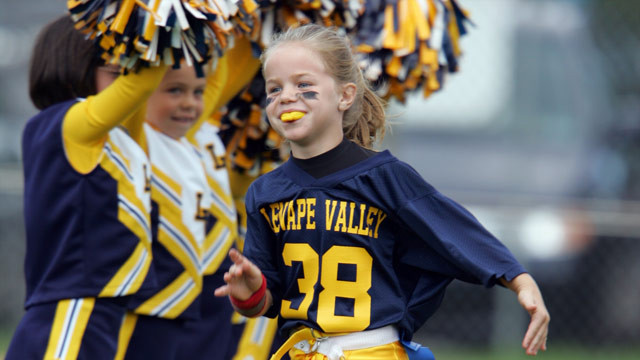 Philadelphia (CNN) — Caroline Pla just won her fight to get back on the field. Pla has been playing football since kindergarten, and for the past two years, the 11-year-old has been holding her own on the gridiron. Her playing time with the Catholic Youth Organization ended after last season when the Archdiocese of Philadelphia enforced its “boys only” policy for football, sidelining the All-Star guard and defensive end.

We must recognized as great shift in consciousness, adapted from the the dying age of Pisces that is no longer served in the current cosmic circumstances we live in. Also, the universal Aquarius is speedily transforming, impacting with our modern way of life. I totally understand the morality to take on equity for the human rights, but realized that the humans are also zodiac animals of signature that downloaded into femininity and masculinity. This universal instinct is established in us, just as we have natural instincts that bond us to our children of the stars. As it would be unfair to take children from unconscious parents, due to the suffering caused by the victimization of education and science in human nature, lacking of spiritual material at school. We must also consider the human nature and weigh the harm going against it, will cause into our decisions. Gender confusion is causing a lot of confusion in our society as it runs counter to our instincts. Seriously note, How many people knew about the planet Mars that actually resides in people’s physical plane, such like this? Many are clueless with cosmic consequence since birth on the earth. 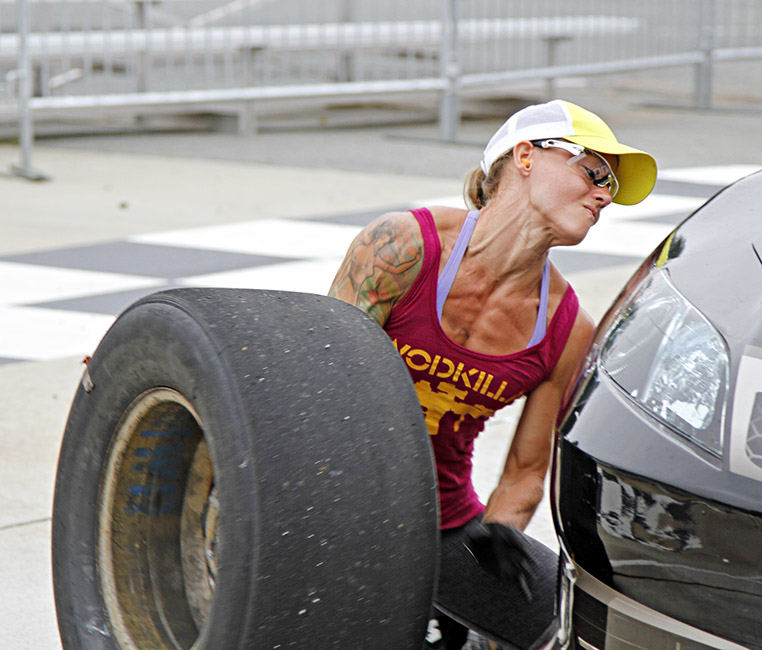 Again, I wish I knew her DOB where I could detect to explain what makes her with a soul purpose to become the first female member of a NASCAER pit crew.

Characteristics For Those Born In April

Mars rules spiritual warrior, aggressive, impatient sign of Aries and controlled by the month of April. Aries souls are born as motivated leaders, competitive, fearless, courageous outlook, athletic. Aries is the fire sign and Masculine. Aries is attracted to dangerous endeavors, sports or work related to Uncle Sam, Navy or Fire Fighter. Many famous sports people are born under this sign. All due to their “daredevil” personality, Aries people are ‘doers’ rather than ‘talkers’. They are turbocharged, act first, not bother to ask or doubt. Leading with head is more recognized than any other sign of Zodiac. That’s why their lives are frequently filled with drama, explosive, accident-prone. You are the zodiac’s most warrior sign, so you need learn to be patience, tolerance with diplomacy if you respect the Universal Law based on the Moon’s fluctuations to avoid the negative lunation. Soul born with the natal Dragon’s head can drive Aries to Leader and Warrior approach, but the location of your natal Dragons Head or Tail will seriously alter the strengths or weakness of Mars in your chart.

I mentioned it two years ago that Mo Isom did not make it for LSU football team, but her pursuit has become the second female player in major college. “I’m just fearless,” she tells HLN’s Vinnie Politan. “I’m just a powerful female and I want to go give it a shot.” Of course, Sun(fame) and Mars (aggresive) in Scorpio(fearless) making her passionate and fearless to play for LSU Football. Three Planets Conjunct in Capricorn making her desirable to achieve and accomplish. Note, She was born with Dragon Head/Tail’s Aquarius/Leo- she wants to be famous or a leader. She is the one who tries to break through the crust of a male dominated sport on her own merrit. 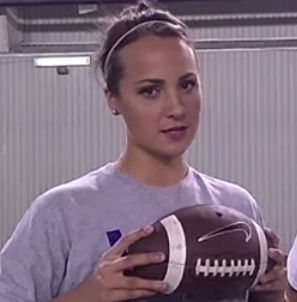 Her natal chart resides together under this powerful conjunction between the Sun and Mars is the planet of courage and aggression that make her adventure, learning, and growth in sports where she needs a sense of freedom. She wants to make clear that “It’s not a gender issue”. She made a blog post about gender and masculinity issues in sport, since she hope LSU decision to put her on the team is based on her skills, not her gender. Her Venus in Sagittarius(fire sign) rules as a wild horse which it means she loves to travel, so is running, jogging, hiking and trying to new things, new experiences, getting out and experiencing something new- such as football. 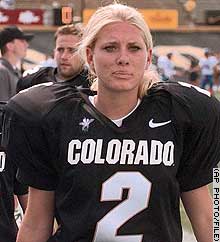 Former Colorado and New Mexico kicker Katie Hnida is the only female to ever attempt a kick during a major college football game. Note, she’s sharing the same fate Sun conjuncted the planet Mars and Dragon Head/Tail’s Aquarius/Leo with Mo Lsom. Amazing. This is no accident!