Egypt victims and killers were only reflecting the battle taking place in the heavens above their unconscious heads between the planet Pluto (death/drama/police/criminals) in the sign of Capricorn (government/structure/order.) Many unconscious religious/scientist still think Pluto is not exist..nothing just planet. no NO no. you’re totally wrong. Pluto is the smallest planet in our solar system and still powerful damage where it’s obviously reflecting this battle between religious/government and the people(Uranus).

Anger flares in Egypt after 79 die in soccer riot 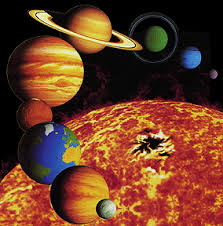 WE HAVE AN INNER POWER OVER YOUR PSYCHES HUMAN

please wake up, to educate yourself, to acknowledge God’s will outside of your deceptive religious practices not inside the box thinking where it been use and abuse of power at work where it forced to “die and rebirth” under effects of the transforming planet Pluto.

“And God said, Let there be lights in the firmament of the heaven to divide the day from the night; and let them be for signs, and for seasons, and for days, and years:”

– Genesis 1:14 in King James Version of The Bible