The reason Beckham has been a huge success of the field is the point to the fact that you must know what his stars brought the light to the secret that was given to him by the host of heaven as blessed. I will explain more starlight secret behind David Beckham that relates to his popularity, sportsmanship and disciplinary that lead by the stars based on his lucky natal chart. I had been doing numerous astrological readings, exposed by thousand of people such as the filmmakers, actors, musicians, psychologists, psychiatrists, educators and people from all walks of life. Naturally, there are several ways to investigate whether the celestial identifies are shown everything according to the stars. My vision is clearly capable to rise beyond the unconscious sports journalist, explaining on surface physically, pondering how to explain the secrets behind his successful european footballer and appealing image. Note, this Taurus soul, David Beckham faces the world as a Scorpio (sexy/wealth/power) while this Universal Dragon Scorpius in active is currently empowering his 7th house of public directing the exposure his highest-paid footballer in the world. Understanding, his 7th house of contact and relationship that recently joined Paris Saint-Germain on a five-month contract. His million dollars contracts are just manifestly cosmic consequence of his skills and attitude. 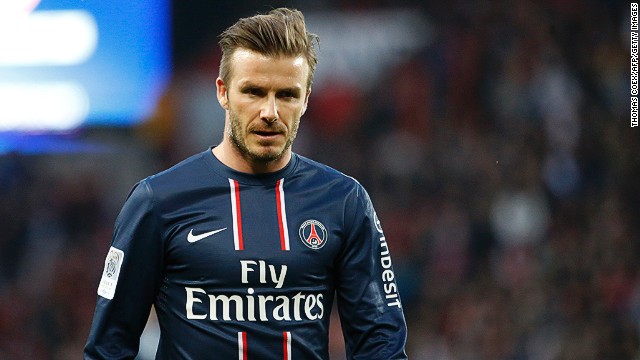 (CNN) — David Beckham is the highest-paid soccer player in the world, according to prestigious magazine France Football.

David Robert Joseph Beckham, (born 2 May 1975) is an English footballer who currently plays for French Ligue 1 club Paris Saint-Germain. He has played for Manchester United, Preston NorthEnd, Real Madrid, Milan, Los Angeles Galaxy and the England national team for which he holds the appearance record for an outfield player.

The Planet Jupiter(Lord of Luck) blessed him in an aggressive, energetic, and self-confident sign of Aries that helps David to succeed in his sport. Jupiter rules foreign lands, international and publishing when he became the Los Angeles Galaxy captain immediately upon joining the team before the move to America. Aries must be recognized himself with the power within where it easily drew thousands of foreign fans to watch him play on the field with a refreshing entry as the fans cheer on. Aries rules the energy of the first movement of spring and ready to be challenged as possible.

David Beckman’s natal Dragon’s Tail (karmic) is located in the dual sign of Gemini that leads or forces him in a variety of movements with a quick mental challenge. Gemini rules hands and arms, while in his Dragon’s Head in Sagittarius that rules wild, wide-open space with plenty of adventure to roam. Note, Sagittarius rules the hips and the thighs that makes him a good soccer (football) player. Archers represent the constant desire to aim for a score and the chance to shoot the “Robin Hood” stunt to win the game. He had scored much more goals in his career. 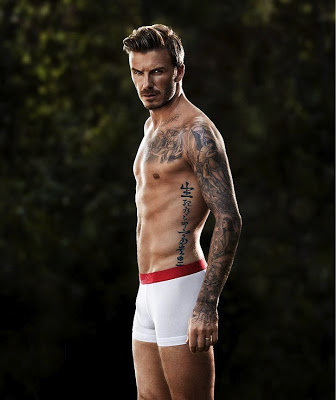 Venus rules the Beauty and Arts, the Constellation of Taurus

Please click above and you may see David Beckham with manifestation in growing a reputation for various kinds of stylish hairstyles, also modeling for fashion statements, and many consider him as a hairstyle icon. His natal Venus rules the beauty and the arts in the various, multiple personalities in the sign of Gemini that manifests his hairstyles as adaptable as to be recognized. Gemini rules the communication, magazine, radio, television,etc. there is no surprise for Beckham hairstyle and model documented everywhere in magazines and newspapers. He had done many experiments with his hair and all of them have been well inspired by his fans as well as the fashion guru where he has the financial blessing poured on him, and the fans must see his beauty nude in magazines that is something to acknowledge him for the blessing in the Venus world. Plus, his Aquarius Rising makes him look rebelliously fascinating, excited, and unique which it has manifestly huge part of this lucky man’s success.