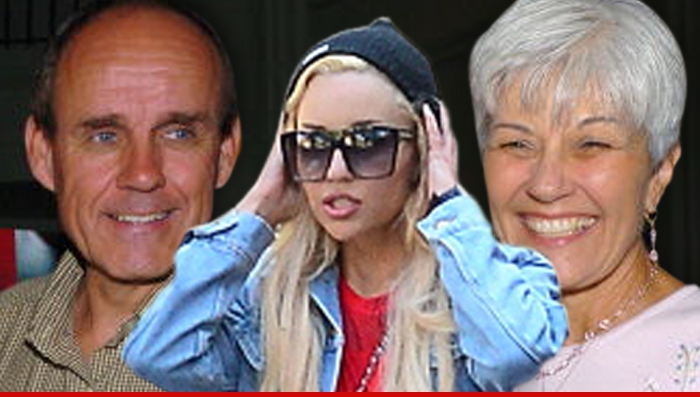 Using Medical aspect of Astropsychology to understand why Amanda Byne’s personal struggles, odd behavior, troubles with the legal issues. Plus, a strange relationship with her father. She get angry because her blood pressure has skyrocketed and subconsciously joined in Arian Dragon Battle at social media online- 2014-2015 DRAGON PREDICTIONS and last friday, a Full Moon in Aries effect is a fully emotion response to her life’s situations.

On October 10th 2014, Bynes(born April 3, 1986) was hospitalized in Pasadena, California and placed on a temporary psyche hold following Bynes’ new accusations, via Twitter, that her father sexually abused her repeatedly as a child. Shortly after these new allegations were made, Bynes tweeted “My dad never did any of those things The microchip in my brain made me say those things but he’s the one that ordered them to microchip me”. Bynes’ mother issued a statement to E! News through her attorney, Tamar Arminak, denying the claims. “I am heartbroken today for my husband of 47 years,” she says. “Rick has been the best father and husband a family can ask for. He has never abused Amanda or our other children physically or sexually. These accusations are absolutely horrible and could not be further from the truth! These allegations stem from Amanda’s mental state at the moment. They have no basis in reality. It saddens me beyond belief that my husband’s character could be slandered in such a way.”

Since it has been under Mercury Retrograde for few weeks, it is a chance to go back to her past that something unfinished with her unsolved personal relationship with her parent like the people and their affairs of the past will make the news as Amanda Bynes twitter rant. so her subconscious aiming to resolve is to speak out / turn against her father is under cosmic cosmic jurisdictions (Arian Dragon). And your chance is to do your “homework” to investigate what’s going with her psychiatric history and do resolve her problem unless she does follow her soul’s purpose that will change for a better life with good stability.

Note, knowing that History do repeat itself all the way from the time of Madonna, Brittney Spears, Lady Gaga, and now Miles Cyrus. This is type of shock value for selling their music business. Back then in the 80’s, everyone was talking about Madonna, the singer, with shock value on her video,  ‘Like A Virgin’ wedding dress on the stage.  Years later in the next generation, Britney came along, same old controversy about her being sexy student, and a striptease on the stage and videos. Guess what? All of these singers remains that went on global hit, sold out in a week or so. Then  another of shock on musical award show, when Madonna and Britney Spears kissed on the stage. It’s all about money and the shock value for the same reason. All of the entertainment business and hollywood illuminati is everywhere seen on TV, ads, radio, newspapers and email to promote her business. so now in this current generation, Miles Cyrus is another innocent lost child? You bet. Note both Miles Cyrus and Amanda Bynes were born with same Pluto in Scorpio generation. It is indeed the sexual revolution of this generation,  even too young to expose her sexuality. Miley Cyrus twerked and there may be a price to pay in Mexico.

Wherever Scorpio resides in your natal chart, sexual/drama/transform will enter your life because everything has to do expose her sexual/destructive/dramatic for cosmic reasons by according to the fate and stars.  However if she checks up with me about her medical aspect of Astropsychology to get a  greater clarity going on with her life and the advice to stay away from drugs and alcohol. Indeed, she sold her devil soul through the hollywood illuminati industry to use deception (drugs) to her fans for profit. Her future music business is no good for her.

And it’s not good for millions of non cosmic conscious Americans fans endlessly spending on her plutonic songs, and many will perish in similar soul-searching in wrong direction,  ‘like attract like’ towards to destruction, sex, drama, accidents and forecast-ed pile up accidents.

In fact, she was once innocent child, young, fame, brilliant and talented in music, what is up with the new image that she instantly changed last year? Apparently, she was born in the month of November, the traditional astrology still recognizes it as a Scorpio personality sign, rules transformation / sexual /  magnetic principle. This is no accident for Miley Cyrus with her new image, her music and her shock” twerking” act due to the effect of the transit in the 2013 Universal Scorpius because her life (restructure) is constant of processing change and that’s part of her transformation from a “good girl’ into a “bad girl” with a wild-child sensation. That’s manifested coming from her fate or destructive oriented itself that impact her life.

Now Let’s talk about Amanda Bynes. Her life changing experience impact on same effect of the transit in the 2013 Universal Scorpius because her life (restructure) is constant of processing change and itself that impact her life as cosmic result, she was being held in a psychiatric center.

But I have a problem with psychiatric center. Without use her natal astrological influences as soul’s purpose to meet or to overcome her flaws and her failures, or to minimize the faults and to magnify the virtues in rebirth again is not happening in a psychiatric center right now because there is none offered with the spiritual cosmic resources in psychiatrist’s education background, not even in the modern society.

Her subconscious (Amanda Bynes twitter rant) is aiming to resolve the issues is to speak out / turn against her father is under cosmic cosmic jurisdictions (Arian Dragon) that she was there to file a lawsuit against her parents. Amanda Bynes (born April 3, 1986) is Aries-born the month of April. She have to pay attention what she says or does because she is prone to high blood pressure in later life. she should get an annual check up to keep tabs on this potential condition because I see the red flag to be cautious of  her health in next year or two years- 2015-2017 DRAGON PREDICITION – She may suffer with mental breakdown , may hurt herself and/or she may died by suicide- since she was born with Dragon Tail (negative) in Scorpio (drama/death/destructive) is right on Pluto in Scorpio in her 8th house of sex/secret/drama death in that conjunction together.

Why? take a look at medical aspect of Astropsychology: Pisces Health- after Nov 2015, New Tail Dragon will enter in the sign of Pisces-it rules pineal gland, psychic healing that may turn to blur, illusion, deception due to using the drugs/alcohol or any form of addiction.  Pisces rules the feet that “swims” in different directions that reflect the dual nature of life. Neptunus Dragon will touch her life after Nov 2015 that includes the souls of March and September. Justin Bieber was born in March as a Pisces. He may have a price to pay in that time frame of his life.

Amanda Laura Bynes was born with Moon (emotion response to life) in Aquarius (independent / freedom-oriented / weird / freedom) in 11th house of friend and wishes. After these new allegations were made, Bynes tweeted “My dad never did any of those things The microchip in my brain made me say those things but he’s the one that ordered them to microchip me”.

“The microchip in my brain”- Note, in the medical aspect of Astropsychology, Aries rules the HEAD and the brain!

Sadly enough for Amanda, the Moon also regulates her upbringing and, on Dragon Tail in Scorpio rules police / investigates / exposure on her father. She is indeed a private person. Now her time is up to be exposed all.

Her natal Mercury (critical thinking) in Pisces (subconscious/dream/drugs/alcohol) in 12 house of subconscious//drugs/guilt/medications. Her mental processing would become detrimental if she stops using the drugs/alcohol in order to stay stable and focus in school first, but she will continue doing unless get an astrological consultant first to be re-directed

Jupiter (exaggerate) in Pisces (subconscious/dream/drugs/alcohol) sure led  more exaggeration in her life with addiction to drugs/alcohol.

Mars (desire / dangerous) in Capricorn (career / older people) making her desirable to focus in launching her career as a fashion designer and a rapper, but Neptune (subconscious / drugs / dream) in Capricorn conjuncts altogether is easily distracted or dreamy than focusing on her career because she needs to work on her natal Mercury / Jupiter in Pisces to stay focused with her creativity at work.

Negative note, Mars is the drive principle and desire to get something or someone. Capricorn rules older people that have reach a position of respect in society that offer such a money, fame or both. that something get from her parent or older men.

Uranus (original/future) / Saturn (fear/limit) in Sagittarius. She could become illustrator and fashion design teacher and/or fashion design writer at work until she finishes the school first but She’s now 28..she needs to be serious, but she is indeed a wild girl. Sagittarius rules wide open space, travel, constant process of traveling and educating herself or educating to finally reach the cosmic conscious on my article.