This worse CNN article ever gets a zero-star rating, it is pretty much UN-intelligent and disinformation piece in the opinion section of CNN of all time. Neurological and genetic factors alone may be out of question. Using the astrological keys to unlock the brain dysfunction of the  “bad stars” is much advanced. “Bad stars” are just as much as any crimes to determine what functions within the twelve celestial bodies in the heaven. Please do realize that you are more than just bones, blood, brain and flesh. These studies do NOT prove alone that the kids are just born that way, except the only way to prove through the written stars directly. Universal’s written by the lights have already planned for your child’s life predictably.

Testing with the first three years of a child’s life without ‘astrological contract’ does not verify completely. All Neurological experts can do is to find the conditions to provide the explanations by scanning and using the biological keys on the brains with only surface physically, but just a deception information. Scanning the natal universal chart is the best way to detect directly, than researching to the bones. I will explain how to use the stars keys, mapping the ‘universe astrological brain’. 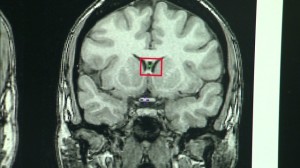 Editor’s note: Adrian Raine is the Richard Perry University Professor of criminology, psychiatry and psychology at the University of Pennsylvania and a leading authority on the biology of violence. He left his financial career and spent four years as a prison psychologist to understand why some individuals become violent psychopaths while others do not.

Most violent crimes are common under the influences of planets in Mars and Pluto. Mars already resides in everyone’s natal charts, just the same concept as the animal instinct for aggression, survival and sexual driven since birth. Humans’ behavior are like animals caused by negative triggers through the astrological energies in response that increases their chances of higher risk.

Using drugs is a motivated social behavior with the chemical effects through the planet of Neptune, tend fall into alcohol or drugs. Some people are born with the “criminal genes” or “drug addict genes” based on their aspects in the natal charts.  Ignorant people with “crime-phobic” prevent them from a better understanding in astrological human nature with ‘bad cosmic energies’. It is essential to learn about how to unlock the astrological keys for more direct information in the brain dysfunction that cause crimes, not the genes alone.  If you want an advanced spiritual transformation beyond the science,  then do study and invest in this ancient metaphysical of astrology to gain this essential knowledge that helps to raise the awareness all around you for life. Once you understood the work of astrology, makes it easier to process into the universal level than to investigate on surface. Yet, the government and religion automatically find  ” this is just a jumble of pseudo-scientific garbage” about astrology.  Those devoted religious people are not ready to face the divine truth unless they use free-thinking to research to find the truth about astrology in history, to realize that there are so much to recognize through the astrological energies in people, animals, nature, weather and beyond. As for the government,it has been ignored , most focused on profit and power.

(CNN) — The killings we’ve seen at a Connecticut elementary school, and more recently at the Boston Marathon, are fortunately rare events.Mass killings have remained at a stable level for the past two decades. But they are just the tip of a chilling violence iceberg that has titanic financial and social costs to society. More such occurrences are always around the corner. So why, despite our best social efforts, have we systematically failed to melt that malevolent iceberg? In my book “The Anatomy of Violence,” I argue that the answer goes well beyond gun control and is hidden away below most people’s radar screen. The true culprit is bad biology.Bad brains result in bad behavior. 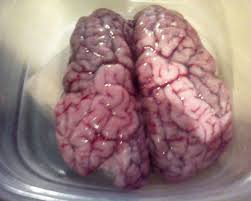 My main concern about spiritual transformation in need as fulfillment for educated “experts” to use the universal background check in the research. To realize that the psychology field alone is so complex, lack of metaphysical teaching of astrology, that takes a long way in research to the max where it eventually would be not worth to dig further for solutions or find cheap shortcut to toxic mental medications. Even the author of his book, acknowledges that the study of  brain scan is a remarkably discovery of a serial killer that too applies to poor cosmic aspects in the brain. Brutally, he has lowest level knowledge in spiritual,  not capable to go beyond the advanced universal knowledge.  His research has nowhere to explain in one direction while his work would not help to verify the truth. It is a very complex mix of factors. Do check my article about how the bombers who blasted up the standby innocent people at the Boston Marathon where I can pinpoint and explain more depth in those brothers and the energies in the universe better than this author’s work.

At the point, simply saying that this is a wasteful of time and money on those social issues and solutions in psychology fields without having cosmic knowledge to see the true colors. From a criminal perspective astrologically, the  astrological software simply shows to predict on persons who are more likely to be criminals. To understand what “forces” them to be criminal, is it the brain itself? The bottom line,  it all starts with the stars, planets, houses, natal dragon, NOT DNA.

Note knowing that during Age of Aquarius will push to revive the ancient astrology back in this modern civilization.  The systems of religion, science, psychology, education, law enforcement, judicial would absolutely benefit to rise more awareness with cosmic sources. Cosmic astrological education in the system will definitely make a big difference in humanity and for the children of future in the next generation and beyond.