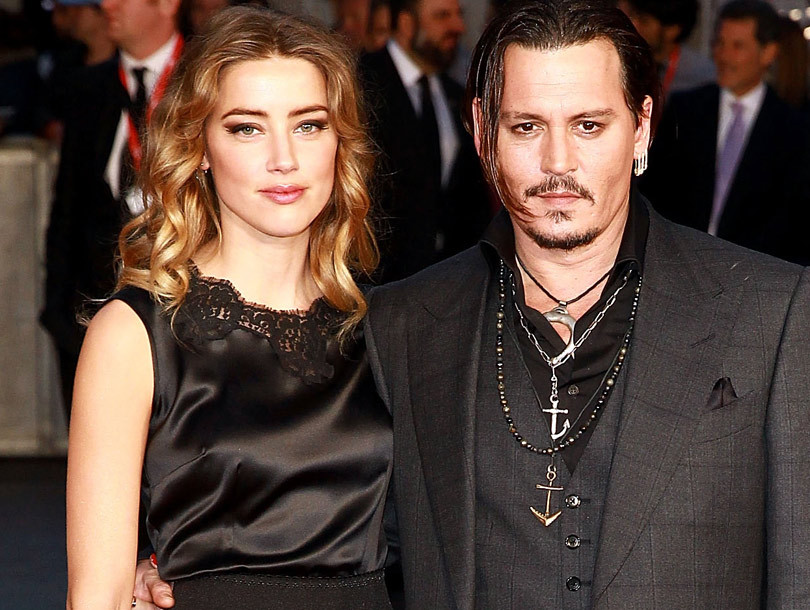 What’s happened to Depp? Using Astroforensics / Astropsychology to exposing person’s karmic cosmic identity to help you understand why / what his / her conflict in essence relationships lead to restraining order against Depp and also more information the strengths, motivations, sins, virtues and fate of the person you put in relationship.

Now the question is Why short time in ending of relationship? Depp and Heard is not interact very well and such square vibes that cause not cooperate – Note Deep born with Saturn (fear, insecurity, restriction, limitation) square Heard’s Venus (love/beauty).

Heard keeps Depp away from being with each other or allowing love to develop herself. She’s not see the reality / open to love of / in the relationship with him. She see the coldest Saturn in him.

On positive note, Synastry Venus-Venus contacts can be soulmate. When one person’s Venus contacts another person’s Venus, your love styles are similar. They easily get along, and instinctively know how the other person wants to be loved. That’s why Deep and Heard married together and loving relationship for a short time.

How to start loving relationship in first place? JUNE 2012 – The pair, who met on set of 2011 The Rum Diary, are romantically linked shortly after Depp’s split from his from long-term love Vanessa Paradis. Amber, who is bisexual, previously dated Tasya van Ree.

The year of 2011 – Universal Gemini/Sagittarius Dragon touch his 1st house(new self)/7th house (new relationship/business partners). Johnny Depp born in June. He is Dual Gemini that’s how his subconsciously connected with her in first place and Synastry Venus-Venus is a huge bonus too.

Why they back together again? SEPTEMBER 2012 – Amber called off their romance, but Johnny wooed her back with a personally penned poem and a bouquet of roses every day throughout the month of September to convince her to give him another chance, Page Six reported at the time. His plan eventually worked and she flew out to his private island, Little Hall’s Pond Cay in the Bahamas, for a mini vacation.

MAY 2013 – The couple move in together after Depp forked out on a $16 million ranch in Nashville, Tennessee, as a love nest for his new girlfriend.

NOVEMBER 2014 – Johnny appeared drunk at the Hollywood Film Awards, slurring his way through an embarrassing speech on stage. Amber was apparently mortified with the sloppy display, with sources saying she thought he’d made a ‘fool’ of himself.

That’s lead to their relationship is in trouble and ‘fighting a lot’ but why she keep in relationship with him a bit more longer after bad times.  Amber Heard born with a negative Dragon’s Tail (karma) in Libra (partnerships / contracts) she can only attract the wrong people in all affairs involving business or love including all her “contracts.” We are all somehow “cursed” in some parts of our lives, and this is where she is “karmically” hurting!…She also own a dignified Libra (partnerships / contracts) moon (emotions) and relationship/company is a must!

She can only blame her Mars ( drive/the males she attracts) in Capricorn (older guys with money and power).

What’s conflict in essence relationship that I found both Depp and Heard has same share Venus the planet of love, material pleasures and luxuries in 12th house of deception, deviousness, secret, dream, escape, confused signs in natal charts.

That’s explain why Heard secretly met seen girlfriend behind deep’s back, not only that she is charged over smuggling her dogs into Australia. She is summoned to appear in court in Queensland after illegally smuggled their Yorkshire terriers into the country on a private plane. She is charged with two counts of illegal importation and one count of producing a false document after breaking the country’s quarantine laws. She’s clearly not communication with his husband before landed Australia.

On May 27, 2016, Note also as a Aries – She born in April, the current Dragon’s Tail resides in her 12th subconscious house forcing her to undergo serious and deep psychological changes – Heard filed for and obtained a domestic violence restraining order against Depp, alleging that he had abused her on May 22, 2016; she provided pictures of her battered face as evidence.

In final, Taurus (earth/security) and Gemini (air/restless) both tough match, not good together, a high initial challenge, and not a long term in relationship.