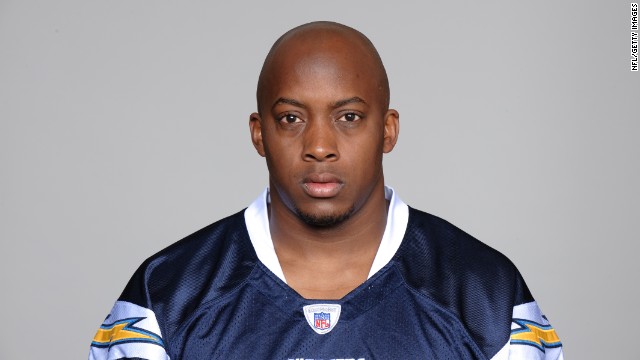 (CNN) — Paul Oliver, a former defensive back for the University of Georgia and the San Diego Chargers, was found dead this week, apparently from a self-inflicted gunshot.

This is metaphysical essence related to “cosmic disorder” that connects to repeated deadly cosmic concussions. Natal charts that always remain within of all human psyche. Money, fame or status quo does not bring happiness because there is more life than just play football or watch football every Sundays. The cosmic circumstances of his apparent suicide was not immediately clear to everyone including the “experts” with traditional education of  therapists, counselors, and psychologists. You will never understand metaphysical essence about name-calling someone who commits suicide a coward. Stop assuming or judging when you have NO IDEA of his hidden “cosmic disorder” via natal chart.

The National Institutes of Health and the University of Georgia coach need to get a real spiritual education by mastering the stars via Astrology than involving a physical plane explanation, such as chronic traumatic encephalopathy, or CTE, a neurodegenerative “brain disease” that can follow multiple hits to the head. I doubt very much to their interest in learning Astrology which they perceive it as a “pseudo science” immediately.

(CTE) does not apply here, knowing that his overemotional Moon in Pisces that takes over his rational thinking and experiencing with extremely heavy destructive to himself in his imbalance natal chart. He may take illegal or legal drugs for an escape and avoid the problems,  meantime he is not aware that the destructive emotion has resided in him with Mars, Saturn and Pluto in Scorpio that can lead to destructive depression under a period of current transiting Universal Scorpius Dragon.

He was born Aries, an extremely active sign, preferring rough and tumble of a physical adventure, getting hit, running a full speed to headbutt is worst than getting a punch. Imagine you running 25 mph to slam on a pole with a football helmet that cause you to suffer multiple concussions. You see, Aries rules head and mind.  When you read the power of the stars of a suicide,  you will get a hint, but be aware of the planet Uranus (sudden release of energy/nasty surprise) is currently in the sign of Aries that interacts his Sun in Aries. Paul was born in April in the constellation of Aries that leads to suffer deep psychological changes. Next time, when you hear the news about NFL players start committing suicides, you will automatically know this classic question answered on news is nothing new but speculating answers. Whenever the world finally may get a better sense of cosmic message that the depression do affect many people , big mental issues that need to be addressed immediately with the support of astrological findings.

There is no higher priority for the metaphysical essence via Universal Celestial language than using tradition education health and wellness of our players and this is clearly unknown and hidden codes above the stars.