When the government and religion often fail to recognize the warning sign of the attacks. This situation is much needed for a spiritual insight of the stars that surely would explain, according to the written in the stars of how it has happened like this and why did the Tsarnaev Brothers became sudden terrorists?

As always, there are unsolved questions in need to be answered for what caused those two young men with an act of a horrible crime. This terrorist attack could have been shown in the cosmic signs of a warning where it could be prevented or secured with caution. Yet, Department of Homeland Security has no cosmic consciousness knowledge to use. Those professionals had graduated and trained with standard education/training in security, but many of them are clueless that the astrology is the key, not knowing that those planets do affect constantly. To have this vital knowledge in astrology enables better to determine the situations and persons with astrological answers much faster than going through the lengthy investigations.

That’s why this common question has continue to raise without the truth of cosmic light. For people with such little faith in their own mystical potential who can learn more about their natal charts that the universe has written, all planned out in the fate through the stars before the arrival of birth. To learn and read the warning signs in astrological charts/planets to protect yourself and others. As for those closed minded religious, skeptical ones in fear who automatically think there are terrorists everywhere to seek evil against other religions, believing their ‘religion” is better than the other. Wrong. There are so much depth explanatory behind those deadly religious wars going on this planet for thousands of years.

Again, there is a reason in depth explained behind Boston Marathon bombing. FBI and Police may lack of explainable between two suspecting brothers. FBI did not perform thoroughly pretty well as an astrologer could screen and detect, where those could not be able to provide any answers. Note, the trouble with Tsarnaev Brothers, that there is no answer from those investigators, but skeptical with psychological motives. The problem of the lack of answers to questions that will remain with same questions over and over.

There are so many hidden answers with insights in the stars that provide straight answers. Of course, there are hundreds of atheists, agnostics, skeptical ones and those closed-minded religious people seek to question the reason for this case, and even worse, they assume that everything is according to the  conspiracy theories, or blame on other religions. They have no idea there are warning signs in astrology work.

That truly turns me off by those small minded, ignorant people. Common universal ignorance. If Astrology is allowed within the academic, science, governmental, judicial, law enforcement, psychological systems to  get the bill  approved or recognized to use and have astrological knowledge to evolve with better understanding in humanity. 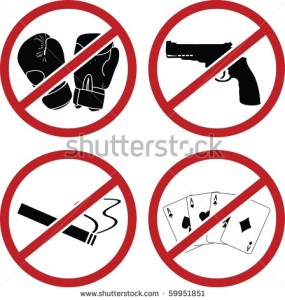 There are plenty of open questions surrounding the Tsarnaev brothers’ alleged terrorist plot, but this one is glaring: How did Katherine Russell miss signs that her husband was poised to dive off the deep end?

What’s worse- How could loved ones not know? The creator of heavens has the force and truth within all  twelve zodiac stars to be used as signs for interpretation. There are also warning signs shown in the sky above. That will provide you the answers unless you ask for cosmic light.

When a mother got pregnant or already has children, the parents need to study the basics of astrology and learn all 12 zodiacs, planets, houses. That is the best thing to introduce astrology to your children for a better understanding with how the Universe works. The more they learn, the more they understand each others’ zodiac identities. Parents could  learn to deal with the stars daily pertaining with their children and their traits. this is the original key who could honor the purposes with the universe’s plans, especially with your children for better goals. It is wise to review your children’s natal charts and your own chart to understand yourself and others, or you might spend time struggling with issues most of  entire life being lost at sea, or finding your children or yourself going off the track.

When we think “double life,” we think about affairs, tax evasion, even pedophilia and rape, says Dr. Gail Saltz, the author of “Anatomy of a Secret Life: The Psychology of Living a Lie,” but in the United States a terror plot seems relatively far-fetched.

Dr Gail Saltz doesn’t possess the astrological consciousness himself.  His suggestion to an answer is a pure speculate. “Double life” in cosmic effect often comes from Gemini somewhere in the chart. Gemini rules duality in life and nervous system that applies having double life in private and public life. Wherever those duality traits are found in the natal chart, it would reveal the character based with Gemini trait. The sign of Gemini, rules lively, energetic, curiously intelligence, communicative, also has the dark side, as a thief, a  lair and a two faced, depends on what houses and planets the Gemini that resides in  the charts.

Psychology experts say that while the signs vary depending on the nature of the “secret life,” there are clear markers to look for in a loved one who might be harboring violent or harmful tendencies. These include, but are not limited to: moody outbursts, paranoia, hidden financial transactions, increasing extremism, emotional abandonment and complaints of feeling victimized.Bernie Madoff and Jerry Sandusky may have hidden their predictions well. But even when a loved one poses a clear and present danger to society, relatives don’t always intervene effectively.

Psychology experts don’t have best answers for the reason behind the Boston Marathon bombing. Mental experts did explain multiple times over and over  as a result lacking of cosmic code resources behind the secret life such as Bernie Madoff and Jerry Sandusky. I can explain more better than those psychologists could provide with surface physically. The problem is the education system needs to get revamped and restored with the new spiritual education materials related to astrological education according to the universe laws of the fate.

I have already mentioned in my previous posts that the planet of Mars, as an active, aggression, war,  and the planet of Pluto, as a passionate, transformation, death/rebirth planet –  more likely to be involved in driving with the passion, hatred or blood-lust that reflects those two brothers’ performance accordingly behind the Boston Marathon bombing. That’s the type of prophecy that is written under the stars where the universe speak through the stars ahead of time.

Do you want to see cosmic consciousness movement in action? Then religious, science, psychological, educational, law enforcement, judicial systems need to transform to advocate with cosmic astrological education to make a difference in humanity. That’s bottom line. Wake up  and smell the ‘stars’ to pay attention, because people deserve to be civilized with the knowledge in astrology.

And God said , Let there be lights in the firmament of the heaven to divide the day from the night; and let them be for signs, and for seasons, and for days, and years: Genesis 1:14