This is clearly the act of dying age of Pisces on its way out to replace for the New Age of Aquarius to take over. where it will get the ‘brotherhood’s demand to get included other countries of the world to work together. That is a lot of work and patience in a long run. 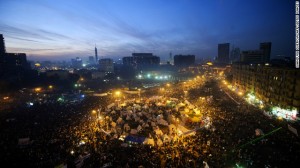 (CNN) — Have you looked at the Middle East lately? It’s a giant mess, with civil wars, massive popular protests, cross-border fighting, armed insurgencies, exploding car bombs and on and on. And that’s just in the past few days.

‘Ancient Wise’ knew the negative power of the planet Mars. Since Mars rules war/warrior/animals instinct that breeds with power in the planet of the Neptune(religious/poison/drug/alcohol/depression/misinformation) which took Middle East’s fate. Problem? Religious leaders and people in Middle east really cannot think for themselves independently. Schools and universities have done an excellent job in brainwashing young people into believing that they all came from Islam because it’s not required to a serious critical thinking. Note Knowing that the Arab world was once the leader in math, science, and progressive logics in history. It grew economically and was considered the most progressive region in the world. What happened now? The one-word answer is the religion. It destroys the freedom. They all can do is to rely on faith and obey in religious teachings, such this ignorance leads into more ignorance to the point of no return without some sort of miracle wake-up call. That’s not Aquarius attitude. This dangerous poisoned mind where it has lost of spiritual celestial values where it must come from within, but to be led and controlled by a political/religious reformation movement.

Politicians/religions, Authorities both are ruled by Saturn and is always a little bit scared… especially now that Saturn is in Scorpio. Scorpio rules secret/sex/hidden which brings a light while Uranus in Aries- the individuals uprising and protesting that interacts with Pluto in Capricorn-the Police using the force in order to cause a break up with the protestants. so that the ones in power continue performing their unpopular, largely illegal deeds. 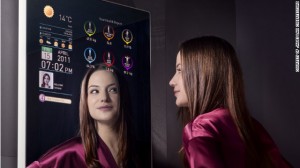 Hong Kong (CNN) — When architect James Law looks in the mirror each morning his reflection is not all that greets him — he can also see the weather report, e-mail messages and his heart rate.

We’re all glad that China is attempting with the innovation, meanwhile Japan is the leader in the world of robotic technology. But seriously, the effect of economic globalization on civil war/religious war could compete. Yes, right now, the problem is Economy/Money/Currency is obviously the fact that has a struggle in Taurus Banking/Financial Dragon’s Tail that rises of global Currency Wars due to US Currency which has weakened since the world trade center attack, and the impact of European economic crisis that results the currency war. recent Cyber attacks on U.S. banks has continued this week from Iranian suspected hackers. That’s why UK and FRANCE are supporting Syrian rebel groups against Al-Assad’s forces via behind Iran.

(CNN) — For months, the rebels fighting to oust Syrian President Bashar al-Assad were considered by the global community to be unorganized. But that appears to be changing, after the leaders of various fighting units agreed to move forward in lockstep with a uniform military plan. And now France and the United Kingdom are giving help to those rebels and their unified opposition organization.

Scorpius Dragon will bring out more bloodly war and death news, and the struggling Taurus Global Currency Wars turn against other worlds. That will be going on during Obama administration and will face serious currency wars issues and wealth victims over the next four years and will face big wars in ahead of the 2014/2015. Why? Mars rules chaos, fire and destruction and death while Venus rules peace and diplomacy, but its trouble will push too far(Dragon Tail in Aries).