CNN) — Wikipedia was among several websites to shut down at midnight in protest of anti-piracy bills now in Congress that critics say could amount to censorship.

BL Rebuttal: Last night, that’s Pluto window energy where I posted on internet- Jan 16/17/18 is expect possible involving death, drama, police (SOPA is the Stop Online Piracy Act currently under discussion in the US House of Representatives) because Pluto(Police/Secret/Drama) finds it more difficult to control the individual freedom(Uranus). Yes, Pluto rules Police, Secret and Drama. It’s obviously create drama over the world to feel anger the internet that has been blocked because of censorship. This is similar energy window with U.K. tabloid shutting down amid phone hacking scandal but yet NO ONE is paying attention my upcoming windows mentioned in this window energy.

Instead of the usual encyclopedia articles, visitors to Wikipedia’s English-language site Wednesday were greeted by a message about the decision to black out its Web page for an entire day. “Imagine a World Without Free Knowledge,” a stark message in white letters on a black and gray background read.

BL Rebuttal: Again, other kind of dynamic battle is manifested between the Uranus in Aries(individual freedom) and Pluto in Capricorn(business and power). The planet Uranus rules technology, innovation, and information age. Uranus entered the sign of Aries last year, bringing the power of aggressive, challenge, and fire while since 2008, Pluto entered Capricorn rules the sign of social and economic structures. Pluto rules death, rebirth, power and transformation where it will have to breakdown and rebuilding of the very fabric of society.

“For over a decade, we have spent millions of hours building the largest encyclopedia in human history. Right now, the U.S. Congress is considering legislation that could fatally damage the free and open Internet. For 24 hours, to raise awareness, we are blacking out Wikipedia.”

BL Rebuttal: As my predicted I posted on internet- Jan 16/17/18 is expect possible involving death, drama, police (SOPA is the Stop Online Piracy Act currently under discussion in the US House of Representatives) is very manifested to create drama and death of Wikipedia because of Pluto window. It’s all about Police, Secret, Drama and Death where spoke the truth, even if the news about Police/FBI/CIA/Fiances/Death comes out, here is proof.
01/16/2012 – FBI seeks help finding teacher’s body – FBI?
01/16/2012 – Day of service honors MLK Jr. – Famous Death?
01/15/2012 – Gingrich to release tax return this week – Finances
01/15/2012 – Iraqi police: 15 killed in attacks on stations – Police?

so now back to this articles, With Uranus in Aries upon us, fighting for freedom of speech and many unconscious post over the Facebook and wondering why it did happened without knowing the cosmic forces will take care of it in ahead of time. 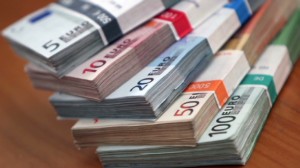 NEW YORK (CNNMoney) — The World Bank Wednesday slashed its 2012 growth forecasts for both emerging and developing economies from its estimates of only six months ago, and warned the world is on the cusp of a new global recession that could be as bad as the crisis four years ago.

To Restructure of the World Banking Industry, Wealth, general security, financial By NASTY TAIL IN TAURUS Where it demand to restructure itself as Taurus in a previous universe life from August 30th 2012 to February 19th 2014. Let the Investment Banker Skeptic, unconscious real estates, wealthy and buyer alike suffer the consequences of ignoring the God’s tool and pay the ultimate price. Universal’s order is very clear and spoken to me, World Banking Industry as it is today must die and rebirth again and make it better for the rest of the world.