From poverty to self-made billionaire. How and where can she find herself as a self-made billionaire? Indeed, the stars favor ‘nobody’ to become a self-made billionaire unless you direct your own the power within via natal chart using your cosmic journey to set with your own happiness / highly motivation / highly passion. The stars can easily reward a self-made billionaire or reward a poverty. Note, the planet of Pluto rules a big business and the stock exchange… or may it be a Great depression due to a destructive and regeneration in various of times through the historical economic events. Uranus rules social revolution, social group and civil rights movement, that is when she was born under the Uranus-Pluto conjunction which happened in 1965. She grew up in poverty during China’s Cultural Revolution, I can sense her from the past influences that shaped her life until today based on the astrological events.

Let’s talk more details about her. She is RICHER than Trump or Oprah. Would you like to know why? She got a gift from God’s sign(DOB). I may explain about her DOB that made her life so big. 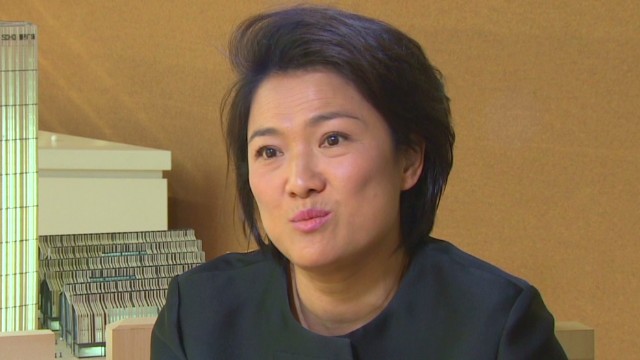 Beijing (CNN) — Zhang Xin grew up in poverty and at the age of 14 began a laboring job in a factory. Today, she is richer than Donald Trump, Steven Spielberg and Oprah Winfrey.  Zhang, a Chinese real estate developer, is the seventh richest self-made woman in the world, worth $3.6 billion, according to Forbes. She’s worth $800 million more than Oprah Winfrey, the world’s best known self-made female billionaire.

Born on 24 August 1965 in Beijing, China, her Virgo DOB simply shows a true hidden  power Plutonic soul where the corporate / finance / wealth ruled her life, meant to have a  real power within.

Her Sun in Virgo makes her to expect everything in order to get all organized in her work all the time and constantly seek to improve or to perfect herself as a natural critic. This sign of Virgo is one of the best workers in Zodiac. Virgo rules practical, health, work and service as the ruler of the planet Mercury where it rules the nervous system, it shows that she  works extra super hard.

Mercury in Leo gives her warmth and confidence in the mental attitude. Leo rules the magnetic energy and a leadership where her intelligence and creativity ability are recognized in her career.

Zhang’s Mars conjuncts Neptune in Scorpio (aggressive/passion) are highly extremely investigative where she manages very well with the corporate / finance/ economy. She earns a master degree in economies and owns business as a real estates developer. Scorpio rules by the Pluto, as a wealth/corporate, that rules her career for a long time.

Jupiter in Gemini makes her want to learn, teach, communicate in general. She can speak two or more different foreign languages. She lives in two or more different cities in different countries. Jupiter rules the university, schools, books, higher learning, and codification of thoughts that conjuncts Dragon Head in Gemini(restless mentally) is a master with the communication skills with intelligence and mental abilities. Gemini rules curiosity, outgoing and social.

Zhang’s Uranus(surprise/shock) conjuncts Pluto(wealth/corporate) is right on the 1st house as self-made billionaire, in Virgo. That is extremely unique or revolutionary individual who will seek to find solutions for the corporate / finance/ economies problems she faces today in China. As a true Virgoan, she’s  deeply involved in the reformation of health, work and service to the world as well.