Syndicated talk-show host Mehmet Oz — known by some as “America’s doctor” — has been criticized recently by members of Congress who say his reports on “miracles” and medical breakthroughs have given millions of viewers false hopes. This week researchers published a study in the British Medical Journalsaying that medical research either didn’t support or directly contradicted more than half of Dr. Oz’s recommendations. “The public should be skeptical about recommendations made on medical talk shows,” the article said. – Harold Maass

Hippocrates, the Greek physician who is regarded as the father of medicine, insisted that his students study astrology and stated, “He who does not understand astrology is not a doctor, but a fool.”

According to Wikipedia – Oz has countered that he is a proponent of alternative medicine and has stated that he made great efforts to inform viewers that he neither sells nor endorses any supplements. He also created the organization “OzWatch” as a way for viewers to report scams. Ozwatch has received more than 35,000 complaints and has issued 600 cease and desist letters. 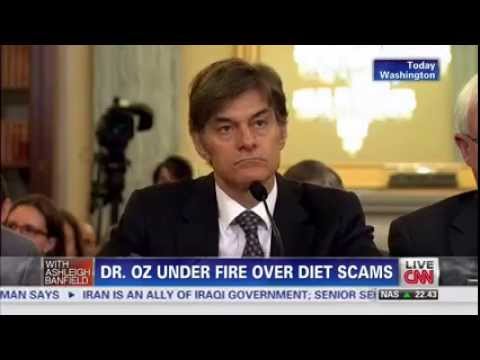 I AM VICTIM OF TODAY’S INCOMPLETE MEDICAL EDUCATIONAL SYSTEM!

Universal Dragon Aries/Libra axis is continued till November 2015 since February 2014.

Mars “The Lord of War” rules the sign of Aries where the dragon’s Tail (challenges) will induce lots of conflicts on him. Venus (The Peace Maker) rules the sign of Libra  where the Dragon’s Head (imposed progress) will force justice and harmony upon many consumers. I see a lot of litigations, legal disputes as the entire legal system will be forced into a full re-structure with the IRS other governmental institutions.

Protecting Consumers from False and Deceptive Advertising of Weight-Loss Products Mehmet Cengiz Öz (born June 11, 1960), as a Gemini- 10th house of career and of public standing for those born in June. In this case, He becomes a soft Pisces. Pisces rules the medical field and hospital. Many of those born in June have a a serious commitment to heal others and many becomes nurses / doctors. Sometimes the desire to provide for others is so strong that many work in raising many or participate in volunteer work.

He born in the dual sign of Gemini. In Greek philosophy Gemini is known as “The Messengers of the Gods or ” ‘The Lord of the Thieves” for good reasons! Through the ancient times and  all the Greek philosophers lost cosmic wisdom,  you now own the answer to Mehmet Cengiz Öz’s true cosmic character… a thieve/fraudster of the spirit playing with forces he does not know, nor handle safely!

(This is no reflect the modern approach of mundane astrology that you may have read, learned or practiced. This is Nostradamus’s method of Astro-psychology)

Of course, in his 3rd house, rules the thinking process, He was born in June that become a Leo.  This means an opportunity given to the Gemini soul to shine through his words. That’s why he received the Emmy for the best talk show host. Leo rules center stage in his special television show. He was born with a Dragon’s Head in Virgo. He is a master of communication, learning, teaching and publishing is given to them however…

Note Mehmet Cengiz Öz was born with Dragon Tail (negative/karma) in Pisces (hospital/mental health/deceptive/drugs) in 10th house of career and of public standing. Once this Dragon reach him in 2015/2016, he will be a matter of time for him to be called out to stop health shows or bring bad news about his TV show.

The Best Medical Advice? It may be to stay away from Dr. Oz’s so I highly recommend him to back to work at hospital, not TV show. Learn more about Medical Astropsychology.